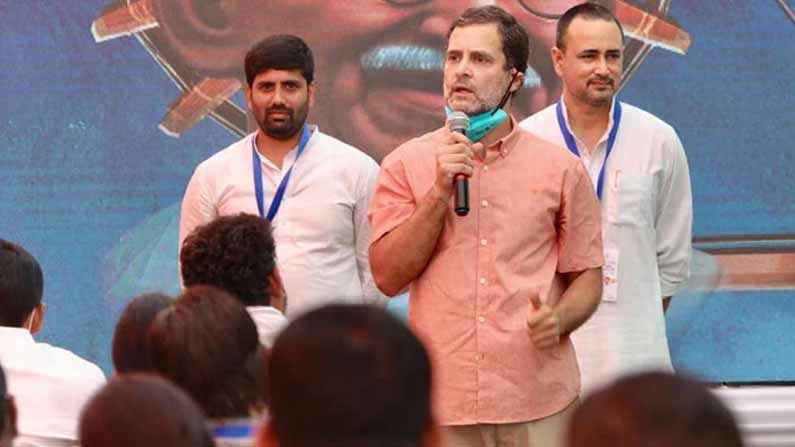 Rahul Gandhi on Jyotiraditya Scindia: It is known that Jyotiraditya Cynthia, a young leader from Madhya Pradesh, has joined the BJP from the Congress party. He was later elected to the Rajya Sabha. However, long after Jyotiraditya Cynthia left the party, former Congress president Rahul Gandhi made several key remarks in his own style. Rahul said that if Jyotiraditya Cynthia had been in the Congress, he would have become the Chief Minister now. But Rahul Gandhi said that he had become a backbencher by joining the BJP. Rahul Gandhi made these remarks at a Youth Congress meeting on Monday. Rahul said that after working with Congress workers, Cynthia had a chance to strengthen the party but he joined the BJP and became a backboneless person. He told Cynthia that he would one day become the CM, but he chose another path. Write to him .. He will never be the Chief Minister there .. Rahul told the functionaries that he should come here if he wants that post. Rahul hinted that the Youth Wing activists should be ready to fight the ideology of Rashtriya Swayamsevak and not be intimidated.