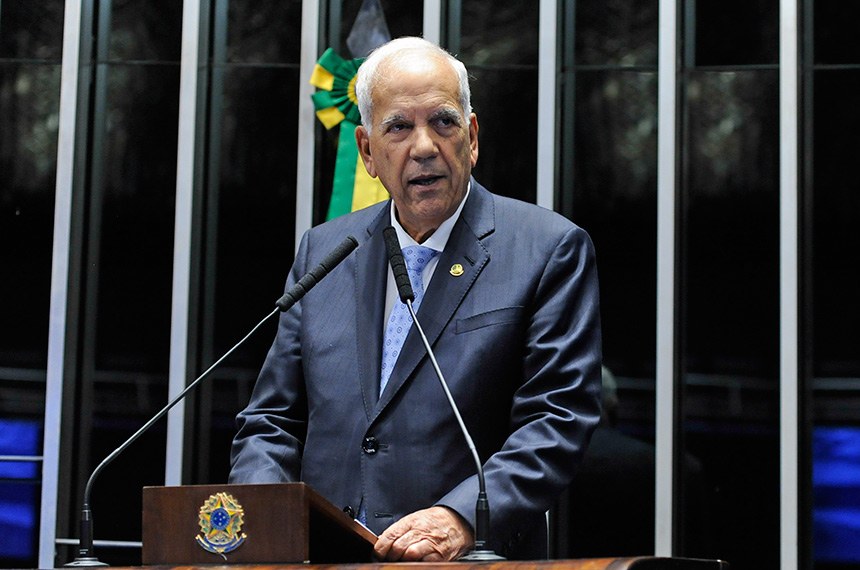 For Oriovisto Guimarães, the least that President Jair Bolsonaro could do was veto the project

Jane Araújo/Senate AgencyOriovisto said that, in 2018, the amount spent on the fund was BRL 2.7 billion

the senator Oriovisto Guimaraes criticized the approval of BRL 5.7 billion for the electoral fund of 2022. For him, the parliamentarians lost track. “The amount of money they approved is total nonsense. They lost track. I made all the speeches in the world, I almost managed to reverse it, but the government acted strongly and I lost. My bench lost. All the senators of Podemos voted against. The government cast 40 votes and we cast 33 votes,” he said. For comparison, all that Brazil will spend on Science and Technology in 2021 is less than half of what was approved for the fund. The same goes for the amount allocated to the Ministry of Citizenship. “This is a country that will apply more in election than in Science and Technology and Citizenship.”

In an interview with Morning newspaper, gives Young pan, Oriovisto said that, in 2018, the amount spent was R$ 2.7 billion. “About 70% of this was public money, the rest was from candidates or donations. Now, they have approved R$ 5.7 billion as if, from 2018 until now, inflation had been more than 100%. It’s absurd, they’ve lost track, it’s disrespectful in this time of pandemic. There are people going hungry, unemployment. Approve R$ 5.7 billion to make saints? Advertising with public money? I do not even know what to say.” The senator pointed out that there is opportunism on both the left and the right — as well as corruption. “Don’t vote for a candidate by ideology, look at the candidate’s ethical background. Understand, once and for all, that it’s no use electing a president, that won’t solve it. We have to clean up the legislative power, deputies and senators.”

Oriovisto Guimarães stated that he did not know “who had the idea” because “things are done under the covers”. For him, the least that the president Jair Bolsonaro could do at this time would be to veto the proposal. The senator confirmed his support for a possible candidacy of the former minister Sergio Moro for the 2022 presidential elections. “What moves us is simple: like millions of other Brazilians, we no longer want to repeat Bolsonaro or the return of Lula. Respect, I think it’s legitimate who wants this. We live in a democracy, I want them to respect me too. I don’t want neither Lula nor Bolsonaro”, he affirmed. So far, according to him, the former judge of the Car wash has not yet confirmed whether he intends to apply for the position. “What matters is that the president needs a new path.”