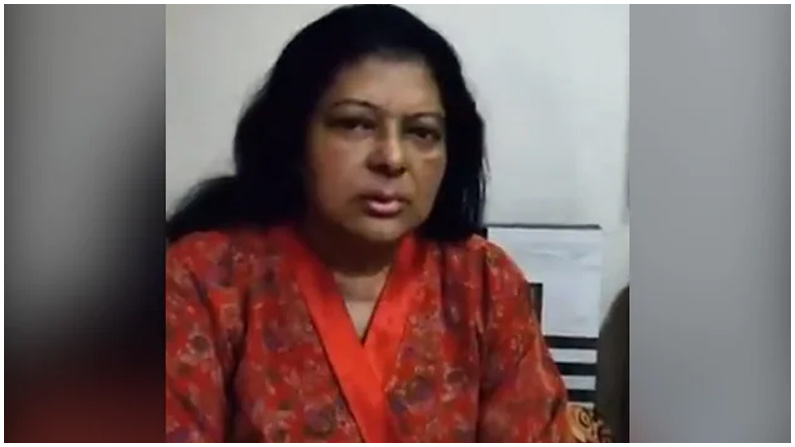 We have seen people who have been called to the party for a party ticket, but .. Have you ever seen people who are not given a ticket? A person who reluctantly rejects a ticket can be found in Bengal.

We have seen people who have been called to the party for a party ticket, but .. Have you ever seen people who are not given a ticket? The person who reluctantly rejected the ticket can be seen in Bengal. The BJP, which is determined to gain power in Bengal anyway, announced the second list of candidates yesterday. The BJP has also announced the name of Shikha Mitra, wife of the late Congress leader Somen Mitra. The BJP has also announced that Shikha Mitra is contesting from Chauringhi constituency in Kolkata. The BJP was incensed and said that he would not contest the elections. He made it clear that he was not going to join the BJP.
Shikha Mitra had a meeting with BJP leader Suvedhu Adhikari a few days ago. After this, there were media reports that Shikha Mitra was going to join the BJP. Now that Shikha Mitra has hit the pot on joining the party, it has become clear that the reports in the media are not true. Some are playing BJP on how to announce the name without asking the candidate. Opposition parties have stated they will not run in the by-elections. Some even encounter satire. TMC senior leader Berek O’Brien said that the Lotus Party leaders were announcing their list of candidates for the 2021 Bengal elections but could make lots of omelets with eggs on their faces every time they did so.

Read more here: Tears of Blood: Blood in the woman’s eyes during menstruation .. Doctors are ashamed .. Do you know somewhere ..?

If the wire is pulled, the bend is moving .. Poppy cultivation is in full swing .. OPM crop released in Rangareddy district