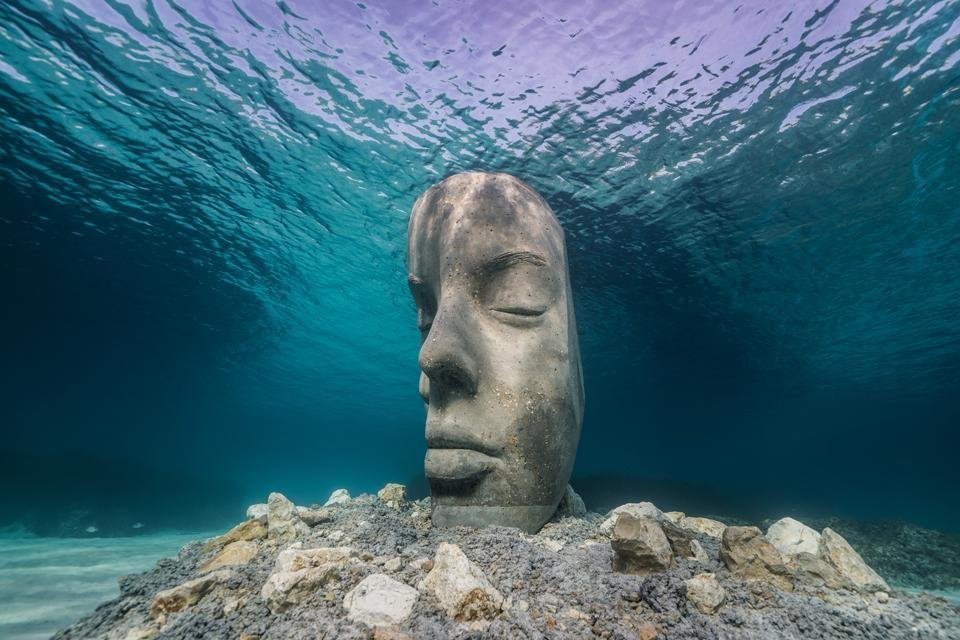 One of six sculptures of faces divided in half. (Jason deCaires Taylor / Reproduction)

Cannes has won another tourist spot in addition to the beautiful beaches and the famous film festival: an underwater museum. Made by British artist Jason deCaires Taylor, the permanent exhibition at the Cannes Submerged Museum features a series of underground sculptures in the Mediterranean Sea.

Do debts take your sleep and you don’t know where to start organizing yourself? EXAME Academy shows the way

Around the island of Sainte-Marguerite, six sculptures were submerged with the faces of Cannes residents, from children to the elderly. Made of cement, with neutral pH, the sculptures are two meters high, weigh more than ten tons and are textured to attract marine fauna and flora, such as Posidonia oceanica. “This type of seagrass is known as ‘the lungs of the world’, as it produces an incredible amount of oxygen,” the artist told the Architectural Digest.

In addition, the faces divided in half and with different sizes, were made in this way so that the largest part of the face is related to a mask, while the other side, smaller, with a real face. The intention of having two sides with different sizes is a metaphor for the oceans that, “on the outside they seem strong and indestructible, but below the surface they are fragile and need protection, ”said the artist.

Positioned in clear and shallow water, two to three meters below sea level, it is possible to visit the works with just a snorkel. Boats are not allowed in the vicinity of the works. 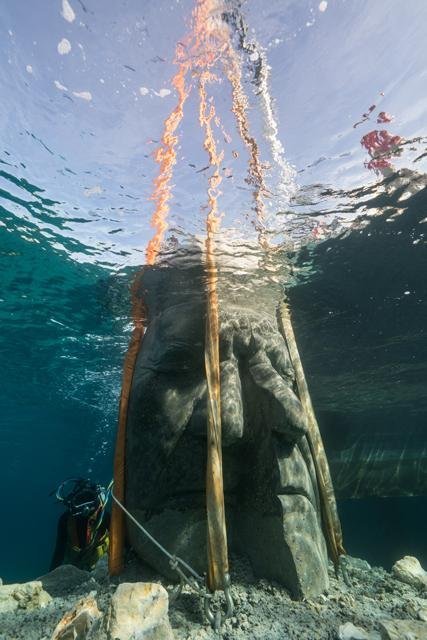 The installation of the works at the bottom of the sea, near the island of Sainte-Marguerite.

The installation of the works at the bottom of the sea, near the island of Sainte-Marguerite. (Jason deCaires Taylor / Reproduction)

The project, funded by the French city hall, is intended to “attract more people to the bottom of the sea,” said deCaires Taylor about the purpose of the work in bringing about environmental awareness. With the work, the artist was able to contribute to the cleanliness of the waters, by removing debris from the place. “There was a lot of garbage, like old pipes, discarded boat engines and cables,” says deCaires Taylor to AD. “I think we have a misconception that the underwater world is beautiful, full of coral reefs, but that is not always the case,” he added.

This is not deCaires Taylor’s first submerged work. Since 2006 the British has been “drowning” his sculptures. Across the Atlantic, Pacific and Indian oceans, more than a thousand sculptures serve as artificial coral reefs, from Cancun to the Maldives, through Australia and Spain. His next project, scheduled for this year, will be in Cyprus.