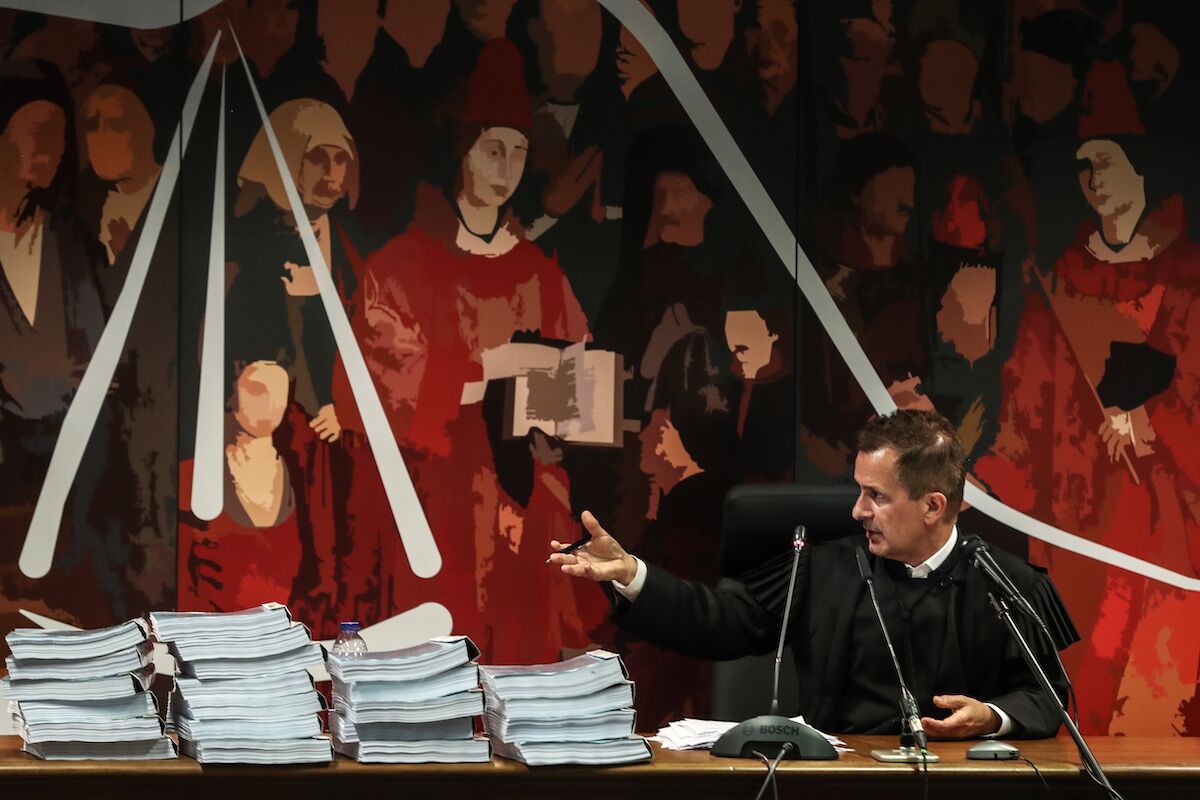 Ivo Rosa after reading the instructional decision of Operation Marquis

Judges Ivo Rosa and Carlos Alexandre were evaluated with the maximum score of “Very Good” by the Superior Council of the Judiciary in inspections carried out between 2013 and 2018, that is, covering the period of investigation and the instructional phase of Operation Marquis that implies José Sócrates .

Despite having very different perspectives and approaches in the way they apply the Law in legal proceedings, both Ivo Rosa and Carlos Alexandre deserve praise from the Superior Council of the Judiciary (CSM), within the scope of extraordinary inspections.

These data are advanced by Expresso [acesso pago] notes that the two magistrates of the Court of Investigation (ICT) received “Very good”, that is to say, the maximum score, in those evaluations of which they were targets.

Therefore, they encompassed the investigation period of Operation Marquis which was the target of so much criticism from Ivo Rosa when deciding the stage of instruction he directed.

Ivo Rosa picked up on the process in 2019, during the instructional debate. Carlos Alexandre was responsible for the case in the investigation phase after it was assigned to him, in electronic rafflein September 2014.

Ivo Rosa announced, at the time of the instruction decision, that he had asked the Attorney General’s Office (PGR) to investigate electronic distribution Carlos Alexandre, considering that there was a violation of the principle of natural judge or legal judge.

In the last inspection he was subjected to, therefore before taking the case involving José Sócrates, Ivo Rosa received wide accolades, as the Expresso quotes.

O inspector notes that o magistrate “reveals full perception of legal issues pertaining to each process ”and“ indicates with precision the proven and unproven factuality, supported by eloquent and clear motivation ”.

At the time, Ivo Rosa was the target of complaints in the Sonangol / TAP and EDP cases.

The judge did not allow searches to the home of ex-minister Manuel Pinho due to suspicions involving EDP, after considering that “nothing indicates the existence of what we can call the market with the position”.

But the inspector underlined, then, that all the judge’s sentences “obey a correct formal structure”, with “clear reasoning, exposed in cultured and rigorous language also from a legal point of view ”, and with a“ logical and rational ”discourse.

At Relação, nobody wants “the hot potato”

However, Ivo Rosa’s instructional decision in Operation Marquis continues to make a dent in the judiciary. The decision, as well as the way it sustained it, created a “internal ill-being among some judges, ”says a magistrate to Expresso who does not show his face.

“The environment is doubtful” and “waiting for the dust to settle”, the same source says while waiting for the proceeds of the proceeding to reach the Court of Appeal, from where a decision is not expected before 2022.

“There is already talk in the corridors of the who will take the resource and of the process and there is not exactly great enthusiasm ”, tells the Expresso an unidentified judge-judge.

“Whoever gets the hot potato he already knows that he will be under the spotlight of public opinion, which is never a good thing ”, adds the same source.

The weekly also notes that, considering the recent “history”, “it would not be surprising if the judges give the judge a red light again instructions on who is going to or who is not on trial and for what type of crimes ”.

“There is no personal animosity towards Ivo Rosa, what exists is a disagreement by the overwhelming majority of judges of his interpretation of the facts, namely in relation to the use of indirect evidence that devalues ​​both in accusations and in the proceedings ”, explains a judge of the Relationship to Expresso.

In general terms, the magistrates understand that the instructional phase serves for “cleaning and filtering serious errors” and, “when in doubt, give value to what the MP claims”, while Ivo Rosa interprets it as a kind of “pre-trial”, as anonymous sources from the magistracy explain to the weekly.

The criticisms made by Ivo Rosa to the MP’s investigation in Operation Marquis also fell badly among the other judges.

The current president of the Union of Magistrates of the MP, Adão Carvalho, tells Expresso that the comments of Ivo Rosa, who spoke in an accusation “innocuous, not rigorous, fanciful”, “Should not be done by a judge”.

The observations of the investigating magistrate may lead to the belief that Ivo Rosa is “obsessed” in “attacking the other procedural actors”, says Adão Carvalho.

The former president of the Union of Magistrates of the MP, João Palma, understands how “Strange” and “absolutely inappropriate” the tone used by Ivo Rosa. “I should have been more careful and more thoughtful”, he also points out in statements to Expresso.

“That one hurts sensitivity any attorney, ”concludes João Palma.