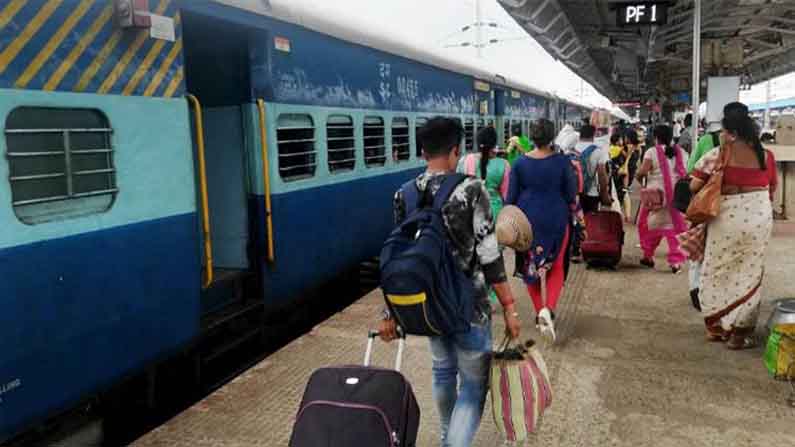 Special Train: The Railway Department has stopped most trains due to the imposition of lockdown due to Corona. As part of the unlock process, almost all trains have been derailed.

Special Train: The Railway Department has stopped most trains due to the imposition of lockdown due to Corona. As part of the unlock process, almost all trains have now been derailed. Some trains have not yet started. Recently, the train from Secunderabad to Trivandrum was re-launched, South Central Railway officials said. In the past this train was stopped for various reasons. However, on March 20, 2021, the train will again be available to Pattalek passengers. This train is one of the special trains announced by the Railways after the lockdown due to the Corona epidemic. This train runs from Secunderabad to Trivandrum. This train will run for the devotees going to Sabarimala.

From March 20, the train will resume service on the same route. This special train has AC2 tier, AC3 tier and general seating class coaches. Train No. 07230 Secunderabad will leave Secunderabad at 12.20 pm. The train will reach Trivandrum at 6.30 pm the next day. Ticket booking at IRCTC started as soon as the South Central Railway revamped this special train. Tickets can be booked on the IRCTC official website https://www.irctc.co.in/ Meanwhile, trains that have been stopped due to lockdown are being made available one by one. Department of Railways. The trains currently running are being sanitized from time to time. Railway officials are following the corona rules at the respective railway stations. Steps are being taken to ensure that there is a mask for everyone traveling on trains. Those without a mask are not allowed into the station.

4G Network: Is the 4G network working properly on your mobile? Has the speed decreased ..? Doing so can increase the speed

Are you planning to go on a trip abroad ..? Be sure to know these terms .. otherwise trouble ..!

The son, who has a degree from Oxford University, has filed a lawsuit against his parents.