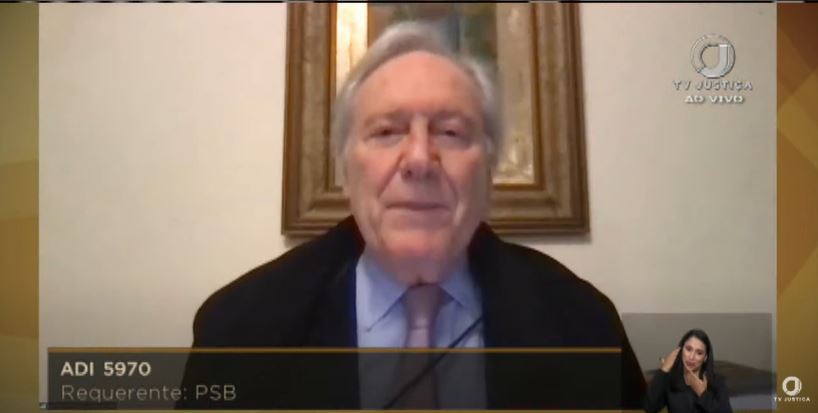 ‘These are the problems of the home office’, joked the magistrate; Court formed majority to maintain ban on showmics

The judgment of an action that contests the legality of free concerts in electoral campaigns in the Supreme Court (STF) was momentarily interrupted for an unusual reason. the minister Ricardo Lewandowski he paralyzed his vote early on because his dogs barked in another room of his residence. “I beg Your Excellency’s permission for a minute, as I have some uninvited participants in this session here,” said the magistrate. Laughing, the President of the Court, Minister Luiz Fux, replied: “But they don’t bite, do they? I think I’m terrified of dogs, even on the internet”. Lewandowski turned off his camera and left briefly. Before proceeding with the reading of his vote, he asked “excuses for the involuntary interruption”. “These are the problems of the home office”, he joked. The analysis of the Direct Actions of Constitutionality (ADIs) began this Wednesday, 6. This Thursday, 7th, the Supreme Court formed a majority to maintain the prohibition on the performance of showmics. Ministers Alexandre de Moraes, Nunes Marques, Edson Fachin, Rosa Weber and Ricardo Lewandowski followed the vote of the rapporteur of the case, Toffoli days.