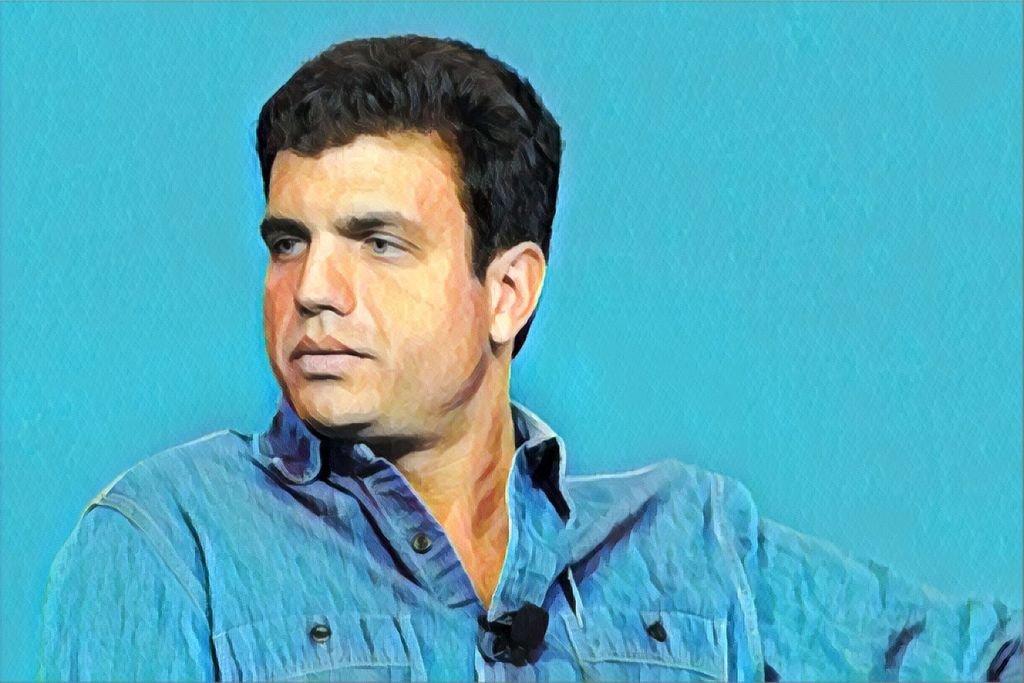 André Street: company founder, who was now just ahead of the board of directors, resumed daily presence in the business and executive agenda (T. Fallon/Bloomberg)

The founding partner of StoneCo, André Street, is back to the daily routine at the company, with his belly on the counter. Street is chairman of the board of directors, but he resumed his daily schedule in the business in July, when the company realized the challenges ahead in the credit operation. He went to reinforce the team, alongside Thiago Piau and Augusto Lins.

Since then, in addition to being directly involved in decisions related to this activity, he has met with authorities, partners and customers. The focus is always the same: finding a solution for the functioning of the credit card receivables registration platform.

The company recorded a loss of R$ 150 million in the second quarter of this year, due to a write-off of almost R$ 400 million, related to the loss with the granting of credit. The problem has become a drama in the market. The company’s shares, which surpassed US$ 95 in February, ended yesterday’s trading session on the Nasdaq with a drop of almost 6%, at US$ 46.54. The company’s market value, which reached almost US$ 35 billion, ended the day yesterday at around US$ 14.5 billion.

It is not by chance, therefore, that on Street’s list of commitments there are also conversations with investors to explain what the problems in the receivables market are, what Stone’s plans are, and also to make a “mea culpa” on the part that belongs to the company in the current framework.

Were it not for this issue, the company and its investors would be celebrating. The second quarter would have registered the first net revenue above R$ 1 billion, which would be an expansion of 68% over the same period in 2020. The active client base also reached the historic mark of more than 1.0 million, with the increase of 188 thousand paying users.

The volume of payments (TPV) that went through the company’s network was the largest in history, quarterly, discounting the effects of the coronavoucher: R$ 58.6 billion, almost 65% year-on-year expansion. Considering only small and medium-sized companies, this volume jumped more than 103% in the annual comparison, to R$ 39.3 billion.

To investors Street begins by explaining: “Stone was born, since its 1st, to give credit. It was born waiting for the 7th of June to arrive”, he comments, referring to the date on which the trading and registration system of card receivables allowed by the Central Bank (BC) was inaugurated.

With that, he makes two things clear. The first is that, despite having suspended the granting of resources until the structural problem of the market is solved, this will continue to be the company’s mission. And second, that pioneers pay the price of breaking the stones of the paths. Stone has always been actively involved in discussions and debates for opening up this market.

Stone’s central credit strategy is the prospect of micro, small and medium businesses having access to credit in Brazil as they have never had before with large commercial banks. Like? Offering credit card receivables as collateral for commitments. It is like a payroll from the legal entity. In place of salary, the entrepreneur commits a portion of his future income.

The success of this operation is based on two pillars: access to data that Stone has from customers, making the revenue projection possible (one of the reasons why it even invested more than R$ 6.5 billion in the purchase of the company from software Linx) and the proper functioning of the structure planned by the BC.

With that in mind and keen from birth to credit, Stone was quite thirsty for the pot. At the end of the first quarter of this year, it had accumulated almost R$ 2 billion in its credit portfolio.

It so happened that the system for registering trades and registering receivables did not work as planned by the Central Bank. Each company can only see the volume of its own platform and does not get visibility of the entire market. It seems like a small problem, but it isn’t.

Why? Well, credit is given to customers having as collateral the revenue that passes through Stone’s machine. Because what we saw is that the contractors, to avoid paying a high percentage of total revenue, start to concentrate payments on competitors’ machines, to avoid the discount and visibility for Stone. If the system were transparent to everyone, retailers would not be able to make this “diversion” or “leakage” of resources.

Hence, of the nearly R$ 2 billion in credit granted, a total of R$ 780 million are provisioned as credits of doubtful quality, with a coverage of 112%.

To those who ask, Street says he believes the problem could be resolved in three to six months, in an optimistic perspective. However, not everyone who watches the imbroglio, especially the functioning of the CERC, has the same expectations.

Cerc is one of the registrars that BC has given permission to operate with the receivables; CIP is another, but belongs to the big banks, and TAG, owned by Stone, is third, but smaller. B3 will also enter this market and received authorization this week to start activities.

A challenge to get everything working, as the EXAME IN he found out, following the theme from the beginning, is that the large banks — strong partners in the development of solutions with the BC — are not interested in the proper functioning of this market. For them, it is precisely this transparency that will bring more competition from fintechs, which will make spreads tend to drop brutally (even though large banks deny resources to the vast majority of small and medium businesses in Brazil).

Street does not try to avoid Stone’s share of responsibility for the losses, as reported by those who were with him. The company’s “sin” is not in the structural question of the market, but in the fact that the company has decided to keep the credit risk within its balance sheet. He would have said, to one of the interlocutors heard by the EXAME IN, that the company “exaggeratedly exposed itself”.

As well as most of the fintechs that work with credit, the risk should have been transferred to the market. In other words, Stone should have sold the portfolio granted to investors. The structure is already set up to be that way, as the rights are within a fund. But it didn’t happen that way in practice. Banks and Fintechs that operate in this segment will work as power plants for credit-linked assets, there will be a wake of production — that is, it will be continuous. The interest in the assets of each of the players will vary according to the ability of each one to generate assets of better or worse quality.

When everything is working normally, the risk will be with a company that will not be consolidated by StoneCo — Stone Capital. In this company, there will be “funding”, that is, resources from investors, who are the buyers of the portfolios.

Two other points that Street is reinforcing: there will be no possibility of providing credit without the customer having a bank account with the company, which makes the process more secure, and there will also be no more money without guarantees. Point. That was the learning process. In the second quarter, the company registered record adherence to Stone banking, which reached a total base of 340 thousand users.

But he reinforces that the company has not changed at all, neither its vocation for credit nor the perspective that it will have great accuracy in its data analysis capacity. This was one of the reasons for buying Linx, which will give access to data much deeper than just the little boxes.

The growth of the customer base and the TPV therefore means that the company’s tank for credit is increasingly full of fish.

The vision Street has conveyed to investors is that within a few years there will be virtually no difference between banks and payment companies any more. “In the future, all players will be mixed”, he says about the design that is seen in the sector. Banco Inter, Stone, PagSeguro, Banco Pan (from the same control group as Prime Time Zone), even iFood, Mercado Livre, and the others will all be in the same boat, competing for the same customers in various situations.

“There will be different business leanings, with different capabilities and regulations, here and there, tailored to each performance,” says one of the resource managers Stone’s founder spoke with.

Bank account, card, PIX, transactions, bills and credit will be offered by each of these market participants. For Brazilians, finally, the credit perspective, a drop in the spread and banking services. But, it seems, for everything to work smoothly, the BC will have to give a boost to the structuring of mechanics and the interoperability of all systems.