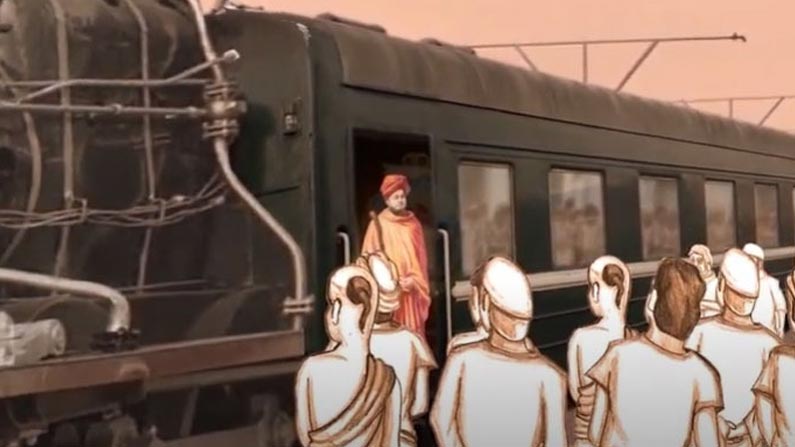 Swami Vivekananda: It is no exaggeration to say that there are people all over the world who do not know about Swami Vivekananda. Although he lived only for a short time .. he remained for a long time as a great man who united all mankind with his eloquence. Ghanu, in particular, told the world about the richness of India and the uniqueness of the country’s cultural traditions. Our fortune has a special connection with such wisdom. The game that he played by keeping the entire Telangana society in his guppies .. Vivekanandu who was the first to step into the realm of the ruling Nizam as a singing song .. Aura seemed to speak about the greatness of Hinduism, the importance of the Vedas, the Upanishads and moral ideals. He landed on the soil of Hyderabad and is exactly 128 years old today. That is why today Bhagyanagar has a special place in history.

Swami Vivekananda arrived in Hyderabad on February 10, 1893, a few days before attending the Chicago Interfaith Conference. On that occasion, Nawab Sikinder Jang along with many government officials and dignitaries gave a hearty welcome to Vivekananda. About 500 people gathered at the railway station to welcome him. As part of his week-long tour, he visited several historical sites in Hyderabad, including the Nizam’s Palace, the Charminar and the Makkah Mosque. As part of the visit he discussed religious policies in the Nizam’s camp.

In particular, Swami Vivekananda addressed a gathering titled ‘My Mission to the West’ on February 13 at Mahabub College, Secunderabad. About a thousand people, including Europeans, attended the meeting. Vivekananda spoke in English about his intention to go to the West. He enchanted the audience with his speeches on Indian culture, traditions, the greatness of Hinduism, the importance of the Vedas, the Upanishads and moral ideals. He revealed his goal of reviving India with new vitality. The speech addressed to a large number of people in attendance further instilled confidence in the wise.

Vivekananda did not need to look back after his visit to Hyderabad. On the World stage in Chicago, he told the world about the greatness of Hinduism and the traditions of Indian culture. He then traveled to many countries, including the United States and Europe, to introduce the Indian spiritual spirit to the world. Especially the Indian youth were knocked out. He directed that efforts should be made to bring India to the forefront.