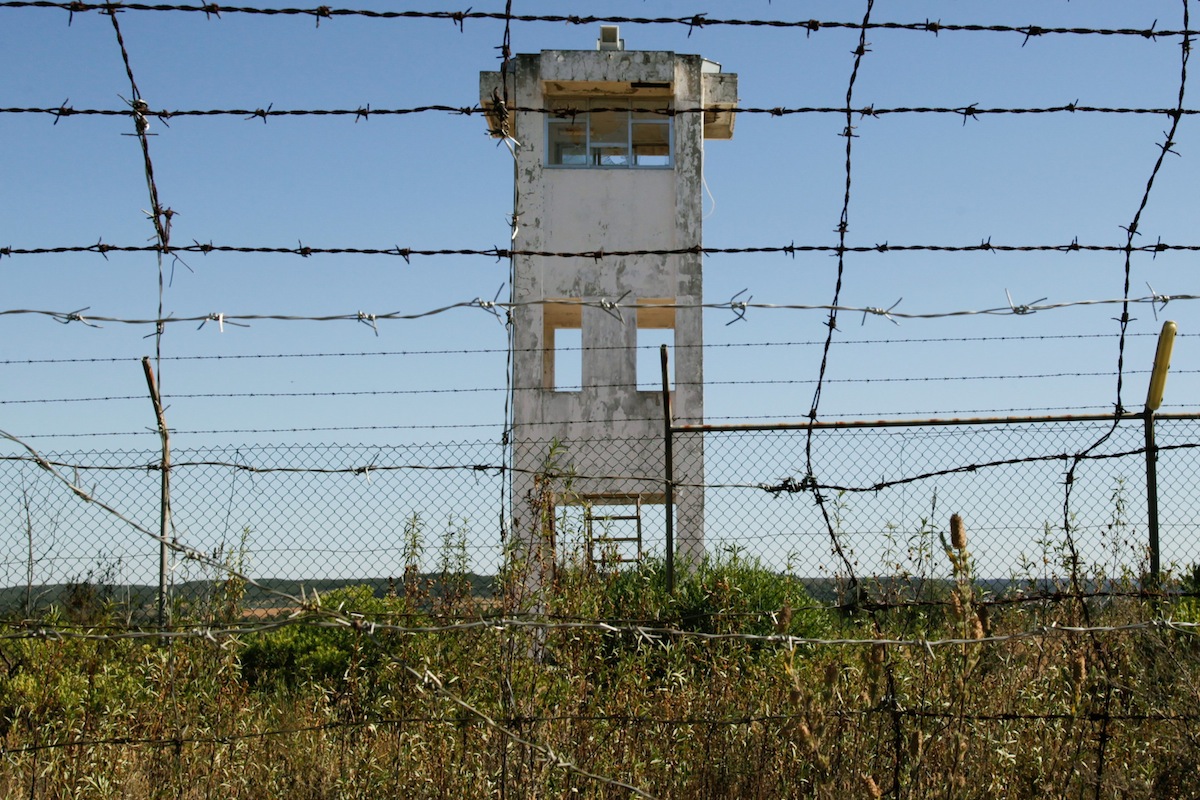 Abandoned sentry box in the military complex of Tancos

The trial of Luis Vieira, one of those implicated in the alleged staging of the recovery of the stolen material from the Tancos storehouses, begins on Wednesday at the local criminal court in Lisbon, at the Justice Campus

Former director of the Military Judiciary Police is accused in the Tancos case Luis Vieira, will be tried for breach of secrecy for sharing information on the investigation with the former defense minister and other military personnel.

The trial of Luis Vieira, one of those implicated in the alleged staging of the recovery of the stolen material from the Tancos storehouses, begins on Wednesday at the local criminal court in Lisbon, at the Campus de Justiça.

According to the prosecution of the Public Ministry (MP), to which the Lusa agency had access, Luis Vieira violated the secret of justice when he shared, several times and with several intervenients, information from the criminal process about the theft of the weapons that was being investigated and which he had access to by the functions he exercised in the Military Judicial Police (PJM).

Describes the MP, who at the beginning of July 2017, after being informed by the Attorney General of the Republic Joana Marques Vidal that the PJM would be removed from the ownership of the investigation, Luís Vieira repeatedly expressed his displeasure with the decision, deploring the minor role that was attributed to the PJM in the investigation.

One of the times the defendant approached the matter was when before the former Defense Minister Azeredo Lopes and his chief of staff major-general António Martins Pereira “Reported to both all elements of the investigation since its inception”, as well as the PGR decision and handed them the documents called ‘memorandum’ and ‘time ribbon’.

For the MP, “the accused knew that these documents made reference to the investigation underway (…), whose investigation was carried out by the National Unit for Combating Terrorism of the PJ and which was covered by secrecy of justice”.

The former director of PJM knew that “the elements and information that he transmitted”, related to the process that was subject to secrecy of justice, “for what was forbidden to him, even for the exercise of his functions, because it was in this scope that he became aware disseminate and / or comment on these elements / information ”.

In the MP version, “the defendant acted in the manner described always with the intention of obtaining political and / or hierarchical influence in favor of his position, in the sense that the title of the criminal investigation would be committed to PJM, and that, thus, would allow reversing the PGR decision, which he did not conform to, which he knew was legally forbidden ”.

The procedural piece also highlights the attitude of Luis Vieira during the visit of the President of the Republic to the storerooms (July 4, 2017), emphasizing that the accused, in the presence of about 20 people, argued that the crimes under investigation were military and that the investigation should be owned by the PJM, also commenting on the decision by Joana Marques Vidal to hand the case over to the PJ.

The MP also understands that the secret of justice was violated when Luis Vieira sent e-mails to the head of the military house of the PR and to the major-general António Martins Pereira, giving them knowledge of the situation.

Luis Vieira has repeatedly shown his disagreement with the withdrawal of PJM from the ownership of the investigation that investigated the theft of arms and the joining of the PJM process to the one opened by the Central Department of Investigation and Penal Action (DCIAP) with investigation by the PJ and only with institutional collaboration of PJM.

Contrary to the MP’s thesis, Luis Vieira “perpetually denies” having committed the crime, saying that in his contacts he never transmitted elements related to the investigation and that the concern expressed always had to do with the PJM’s competence to investigate the theft of war material.

The defendant claims that “He never intended to practice the Illicit of which he has been accused, what he always wanted to do was to inform his administrative guardianship that, in his view, the investigative activity of the PJM legally established, had been disregarded and removed ”and that he only informed his administrative guardianship about the content of an order that had been made public.

The Tancos case has 23 defendants, ten of whom are responsible for criminal association, trafficking and mediation of arms and terrorism, for the alleged involvement in the theft of arms and the remaining 13, among them Azeredo Lopes, two members of the PJM and several GNR soldiers. .