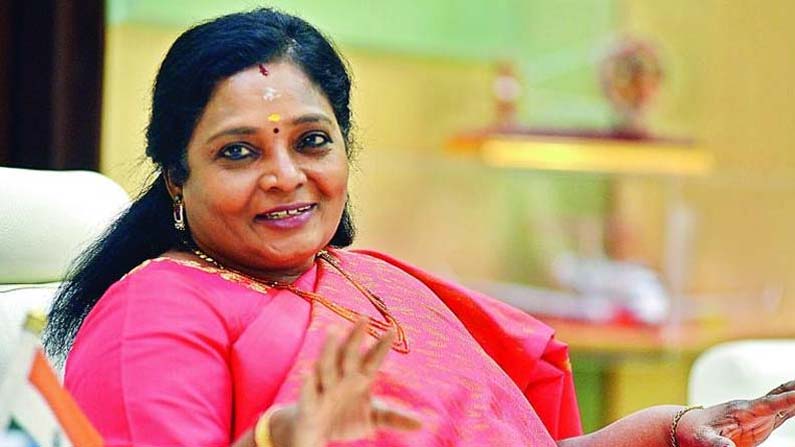 Telangana Governor: Telangana Governor Tamilsai Soundarajan has been accorded a rare honor. The prestigious Top 20 Global Woman of Excellence – 2021 Award went to Tamilsai. The award is presented by the US Congressional Advisory Task Force. Tamilsai Soundarajan was elected. Along with Governor Tamil Sai, US Vice President Kamala Harris and 18 other women from different countries will receive the prestigious award. The awards will be presented in a virtual manner from the United States on the 7th of this month. Dr. for providing the highest services for the good of the community. Tamilsai Soundarajan has been awarded this prestigious international award.

It is learned that Governor Tamilisai has recently released a book summarizing the developments since he took office. Characterizing his invaluable experiences, he released the book ‘Moving Forward with Memories of Maiden Year’. Tamilsai Soundarajan is the second governor of Telangana. She is a former Bharatiya Janata Party president and doctor from Tamil Nadu. She is the first woman governor of Telangana. Assumed office as Governor on September 8, 2019. She was born on June 2, 1961 to Krishna Kumari and Kumar Ananthan in Nagercoil district of Kanyakumari district in the state of Tamil Nadu. Her father Kumari Ananthan is a former Lok Sabha member and senior Congress politician. She is a doctor by profession.

Do you have an LIC policy? If you can’t pay the premium on time .. but this bumper offer is for you ..

Mike procter: 6 centuries in 6 matches in a row .. Do you know who has achieved such a feat in the history of cricket ..