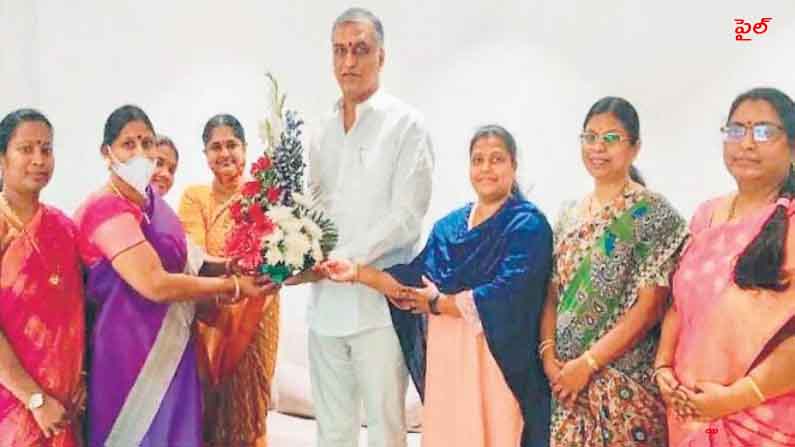 State Finance Minister Harish Rao said that the goal of the Telangana government led by CM KCR is to achieve economic self-sufficiency for women.

interest-free loans to women : State Finance Minister Harish Rao said that the goal of the Telangana government led by CM KCR is to achieve economic self-sufficiency for women. As part of this, Minister Harish Rao said that interest-free loans will be issued to women across the state soon. The Minister participated in various development programs set up in the Siddipet urban area. On this occasion, the Minister inaugurated the Sutari Sangham, Mahila Mandali Bhavan and Mudiraj Sangham buildings in Rangadhampalli. He later said that 12 caste buildings have been constructed in Rangadham Palli like nowhere else in the state. He said various development works have been done in the 9th Municipal Ward with a fund of Rs 9 crore.

The minister criticized past governments for turning MPTCs and ZPTCs into ceremonial idols. Now that situation does not exist, for this, as per the decision of the CM KCR, Rs. 500 crore has been allotted. He said the funds were earmarked for strengthening local institutions. He said the state government was fed up with the central government cutting Rs 699 crore to local bodies. He said the state government was spending Rs 300 crore every month on rural development. In other states, MPTC and ZPTC are not funded. With the advent of IT parks and industrial parks in Siddipet district, job opportunities for the youth of the area have improved. He said CM KCR was working to expand development across the state instead of concentrating it on a single area.