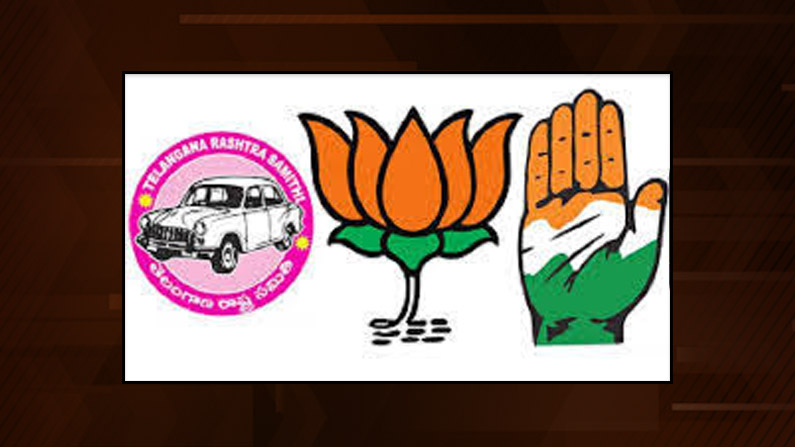 Telangana MLC Elections: 2 seats. 13 ministers. The only target for everyone‌. What is the difference … Govinda. The same tension is haunting the ministers. That is why they are working day and night without any difference.

Telangana MLC Elections: 2 seats. 13 ministers. The only target for everyone‌. The difference came Govinda. The same tension is haunting the ministers. That is why night and day are struggling without distinction. They are sweating to reach the target anyway. Will you succeed again? In other words .. Graduate MLC elections in Telangana have become a sword for ministers. Elections are underway for two MLC seats in six joint districts… 77 assembly constituencies. Polling is still four days away. The campaign has only two days left. One is the sitting seat and the other is the BJP seat. The pink plan is to win both of these anyway. Ministers are the key. Thirteen ministers across six districts are busy with election strategies. They are trying to snatch the votes of 3 graduates without putting in another job.

Hyderabad – Rangareddy – Mahabubnagar Most of the ministers are in charge of elections within the MLC seat. Harish Rao, Prashant Reddy and Gangula Kamalakar are in-charge of these three districts. Mahabud Ali, Talasani, Mallareddy, Sabita Indrareddy, Niranjan Reddy and Srinivas Gowda are campaigning extensively in their districts. Puvada Ajay, Errabelli, Satyavathi Rathod and Jagadish Reddy are in the fray in Warangal-Nalgonda-Khammam constituency. He is fully responsible for the respective districts. The 13 ministers are busy coordinating with the MLAs and monitoring one in every 50.

It has become inevitable for TRS to win these two MLC seats with dubious, greater results. This is creating tension among the ministers. There is a propaganda that ministers are keeping an eye on their situation if the result is negative. News is rife that there will be a cabinet reshuffle. In this context, the MLC elections have become a sword for ministers. No matter which seat is lost .. there is a debate going on as to which of the ministers there will get the post. With this, the perseverance of the ministers to win two seats is seen. The MLC polls have become even more challenging for ministers in the wake of BJP leaders making sensational remarks that the collapse of the TRS government is imminent after these results. Wherever the reverse is hit, there is a propaganda that the ministers are in a state of tension that must be subject to the wrath of the pink boss.

Subramanian Swamy: ‘Like temples .. there is no government control over churches and mosques, how can temple money be used for government salaries?