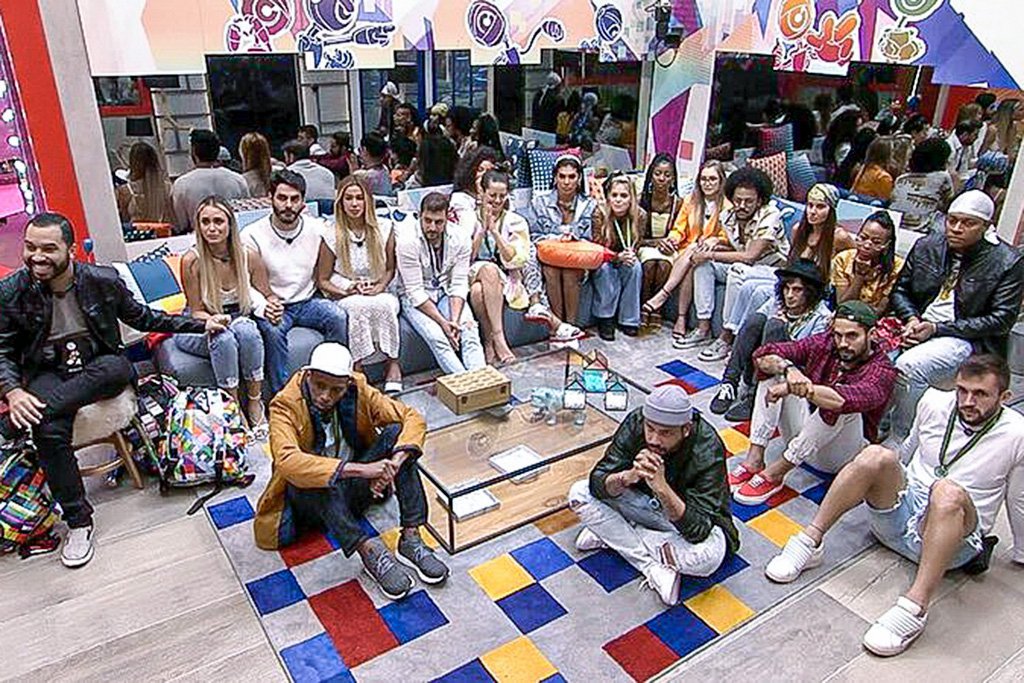 There were no crises at BBB21; but what about when they knock on your door? (Globo / Reproduction)

Quarrels, controversies, romances, many tears, serious discussions (and others not so much), striking characters. O BBB 21, whose winner will be known this Tuesday, 4, – Juliette, Camilla or Fiuk – delivered to the viewer everything that is expected of a reality show.

Big dos Bigs, with a record number of 20 participants and 100 days of confinement, earned a lot of money from advertising: even before the premiere, the forecast was a turnover of R $ 550 million for TV Globo, 50% more than the previous edition. In the last episodes, the commercial interval of the program cost more than R $ 500 thousand.

But, for the viewer, it doesn’t matter the size of the revenue, but the entertainment it provides. That is why, we gathered here 10 facts that marked this edition of the program.

An agenda was discussed from the first days of the program: the culture of cancellation. Popcorn and Camarote did not hide their fear of being judged by the internet court and canceled when they left the reality show. The subject was even the subject of one of the edition’s Discord Games.

This did not, however, prevent the participants themselves from “canceling” a cast member in the first few weeks. The treatment given by the brothers to Lucas Penteado revolted the viewer – and made Lucas, even giving up on the program and being the second member to leave, after Kerline, gain the admiration of the public and advertising contracts.

Before BBB 21, the record holder for rejection on a BBB triple wall was Patrícia Leitte (BBB 18), with 94.26% of the votes. Patrícia was surpassed three times in this edition alone. The first time was by Nego Di (98.76%) – Patrícia even played with the fact, giving him the crown virtually after the elimination.

But the reign of the gaucho comedian was short-lived: he was soon overcome by Karol Conká, who had 99.17% of the votes received. Viih Tube came out with 96.69% and entered the top 3 rejections. Even without breaking records, Projota was also eliminated with a high rejection of 91.89%.

Pursuits among the participants were common in the edition, but there were no great novels in this edition. Arthur and Carla Diaz lived a troubled relationship, which did not emerge with the public – the actress’ declaration of love on her knees on the return of the false wall with a “Departed” in response made the viewer suffer from the shame of others.

Thaís and Fiuk kissed, but the relationship went no further and the two did not become a couple. Arcrebiano – who prefers to be called Bill, although the public really likes to call him Arcrebiano – and Karol Conká kissed, but the romance not only did not engage but also generated friction and embarrassment (inside and outside the house).

The kiss that really won the audience was between Gil and Lucas. But the brothers doubted Lucas’ intentions and bisexuality. The fact was the trigger for the actor to ask to leave the program, after days of disagreements with the brothers.

Racism on the agenda

The discussion on racism permeated the entire BBB issue. It was the edition with the largest number of black participants – 9, in all. And many controversies around the topic. Lucas Penteado proposed to the black brothers a union to eliminate the whites first, causing the first big revolt of the house with the actor. Colorism was on the agenda when Nego Di said that Gil could not consider himself black, because he had fair skin. Lumena raised the discussion about white privilege.

More recently, Rodolffo compared João’s hair to the Monstro’s punishment wig, which belonged to a caveman. João ended up venting about the episode during the Game of Discord, and Camilla de Lucas spent hours explaining to the sertanejo singer why that kind of comparison was racist and could not be made. Rodolffo did not seem to understand very well, and Tiago Leifert went on to explain the meaning of Black Power in black culture after the voting ended on Tuesday.

The BBB of the doubles

Few novels, but many pairs marked this edition. Sarah and Gil, Camilla de Lucas and João, Caio and Rodolffo (Os ‘Bastião’), Projota and Arthur, Viih Tube and Thaís formed the great “couples” of BBB 21 and starred in scenes of great companions and extreme emotion – especially when their peers left the house. After Sarah left, Gil moved closer to Fiuk, and the moment when the two jumped naked in the pool to celebrate the return of a wall was memorable.

While some bullshit caused the viewer to feel sad and uncomfortable, others burst out laughing and made the audience vibrate. The episode in which Karol Conká tells Lucas to leave the table to “eat in peace” was one of the most difficult to watch and contributed greatly to the rapper’s record elimination.

Another episode in which the singer was involved left Gil out of control – or rather “indignant” -, and it was distressing to see the economist’s desperation to see his word discredited. That same day, Karol also fought with Camilla de Lucas. “There’s another one in here,” replied Camilla.

Other fights turned into wonderful memes. “I’m not going to lose to the dump,” said Gil to Pocah. Dressed in fern because of the Monster’s punishment, Pocah took satisfaction from the brothers for having sat in pubic hair left in the toilet. At first, the group tried to remain serious, but soon everyone burst out laughing.

The dummies, masked assistants who assist in the tests, should not attract attention. But in this edition they stood out. Carla Diaz used her acting skills to return home after the fake wall not only dressed as one of them, but also acting accordingly. Boninho also wore the costume to accompany the show by Pabllo Vittar and Preta Gil – the brothers themselves distrusted those dummies who danced and enjoyed the show and speculated who might be under the costume.

This issue was also diverse in sexuality. João and Gil declare themselves homosexuals; Lumena, a lesbian; Karol Conká and Pocah already claimed to be bisexual in interviews, before entering the house. Kerline declared himself bisexual after leaving.

The first big mess in the house even started when some of the men put on makeup and paraded. Caio made effeminate gestures, which displeased Lumena for disrespecting the transsexual community.

Despite this, when Lucas Penteado kissed Gil, his bisexuality was questioned even by LBTQIA + participants. Lumena accused the actor of using the episode to “promote himself” around the agenda of diversity. Juliette said that her brother “didn’t make up his mind”, but João gave a lesson on bisexuality.

In another episode, Rodolffo told Sarah that he could not take Fiuk to the ballads of Goiás because he was wearing a dress. The comment hurt Gil, who put the countryman on the wall that week and cracked the alliance between two pairs: “the bastions” and Gil and Sarah.

Some expressions used by the brothers ended up being incorporated into the audience’s vocabulary. “Basculho”, “Cachorrada”, “Outraged” “Brazil is splintered” – all said by Gilberto – were in favor of the public. Here’s a tip for the next cast: it’s good to be thinking about a catchphrase.

For the first time, the program won a kind of “spin-off”: the documentary A Vida Além do Tombo, made in record time about the life of the reject champion of BBB’s history, rapper Karol Conká. The documentary focuses on the rapper’s steps after leaving the house, and how events in her life may have influenced her behavior at home.

The reality that will replace the BBB, No Limite, can also be considered a kind of spin-off. Debuting on May 11, he will have only ex-BBBs in the cast – including BBB 21’s Arcrebiano.