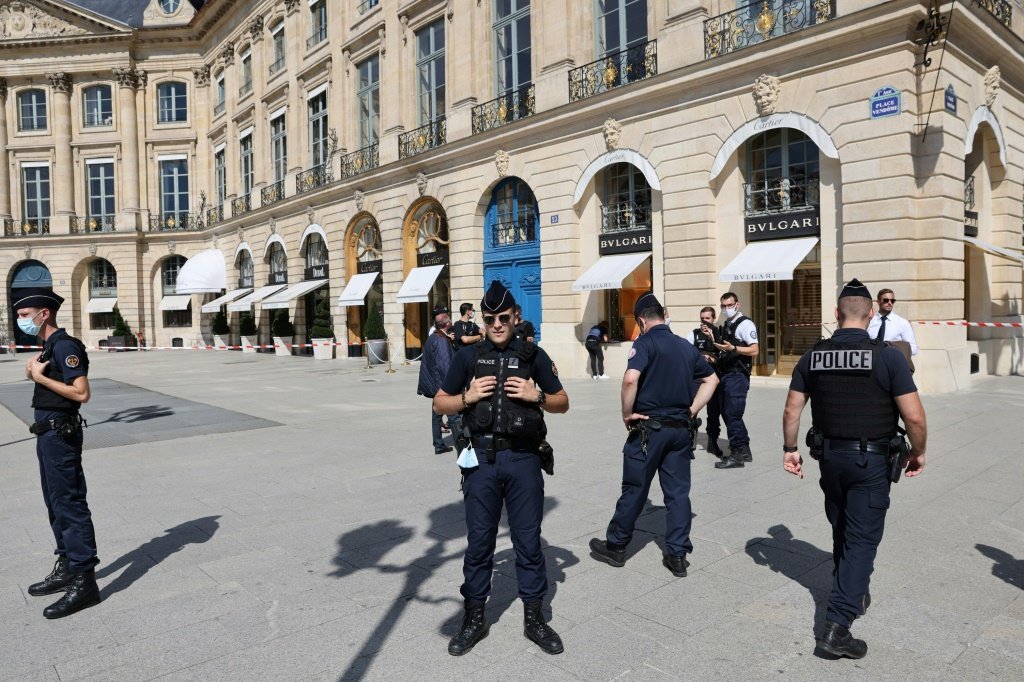 Policemen outside the Bulgari boutique on Place Vendome in Paris. (AFP/AFP)

A group of thieves robbed the jewelry store yesterday (7) Bulgarian at Place Vendome in Paris, and stole about 10 million euros ($12 million) worth of jewelry, police sources said.

The attack on the luxury store in the heart of the French capital took place around noon and police arrived at the scene soon after, a police source said.

The suspects fled in a gray BMW and two motorcycles, and one of them was arrested after being shot in the leg by police.

The BMW was later abandoned, and another suspect was found hiding in a parking lot in the bustling Les Halles shopping center near the Louvre museum and Notre-Dame cathedral.

“Rapid reaction by Paris police after the robbery of a jewelry store on Place Vendome. Two suspects were arrested,” Paris police said on Twitter.

Bulgari is a famous Italian jewelry store that is part of the French luxury conglomerate LVMH.

On July 27, a man stole 2 million euros (2.4 million of dollars) in jewelry from a Chaumet jewelry store before fleeing on an electric motorcycle. He was arrested the next day with an accomplice and most of the objects were recovered.

Three days later, two men armed with a taser and tear gas attacked a Dinh Van store, another jewelry store, and stole around 400,000 euros (474,000 of dollars).