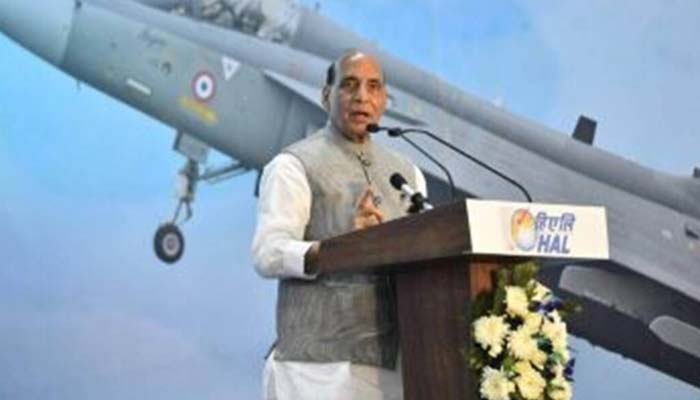 New Delhi: Union Defense Minister Rajnath Singh has said that the withdrawal of troops from eastern Ladakh has been completed. He explained that after nine rounds of peace talks, Indian and Chinese forces had withdrawn their forces along the border. He made it clear that India would not tolerate arbitrary actions on the border under any circumstances and was ready to do whatever it took to stop them. He emphasized that the unity, territorial integrity and sovereignty of the country under the leadership of Prime Minister Narendra Modi had never been compromised and would never fall again. He was speaking at the Bharatiya Janata Yuva Morcha conference in Tamil Nadu, criticizing the Congress. He said it was unfortunate to doubt the bravery of Indian soldiers who sacrificed their lives.