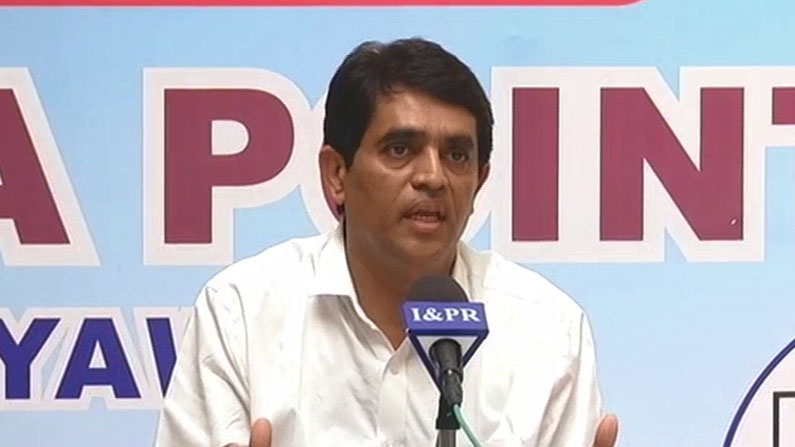 AP Finance Minister Bugna Rajendranath Reddy’s sensational remarks that revenue has fallen due to the corona epidemic that is trading the world.

AP Finance Minister Bugna Rajendranath Reddy has made sensational remarks that revenue has fallen due to the corona epidemic that is trading the world. He said it was true that more debts were incurred than budget estimates. He said revenue to the state had fallen due to the corona virus, while spending had risen sharply. He said that not a single AP was facing this situation and many states were suffering from a similar problem. He said the state government had to spend hundreds of crores of rupees every day for corona control in March, April and May last year. He was speaking to media in Amravati. Buggana said he was proud to be in debt because he needed the money.

He said that it was their welfare government and hence a large amount of money was needed. We are sending the same money into the system through these schemes. He said the state’s economic situation was improving with the government’s actions. Opposition parties have stated they will not run in the by-elections. Bugna was incensed that Chandrababu had falsely campaigned against him during the election campaign in Kurnool. He says his family has been in the mining field for the past hundred years. He said he was still in the apartment and was using an old car. Chandrababu said he was ready to discuss the allegations of corruption.

AP Minister Bugna Rajendranath Reddy said that the economy in many countries has collapsed due to Kovid. He said the situation was such that more debts had to be incurred than budgeted. He was incensed that the previous government had squandered debts. He commented that the previous government had incurred non-priority expenditure and as of 2014 the AP had a revenue deficit. Kovid‌ said that the revenue has gone down drastically as well as the cost has gone up. Hundreds of crores of rupees had to be spent for Kovid. He said welfare schemes did not stop the decline in revenue to the government. Chief Minister YS Jaganmohan Reddy said he wanted to help the people even if the state did not have revenue. Revenue in June 2019-20 was Rs. 3,540 crore, while revenue collection in June 2020-21 was Rs. 5,781 crore.

The minister said they were indebted to provide welfare schemes to the people due to lack of financial condition. He said their welfare schemes were going directly into people’s accounts without a brokerage system. The deficit narrowed to minus 12.9 per cent in the first quarter of 2020-21, down from minus 5.5 per cent in the third quarter and minus 3 per cent in the last quarter. From June to December, GST was the second largest tax revenue in the country. He dismissed the TDP’s criticism that it was natural for debts to rise due to lack of revenue and that the state was indebted.

That is why the Visakha Steel factory is being sold .. CM Jagan colludes with POSCO representatives – Devineni Uma