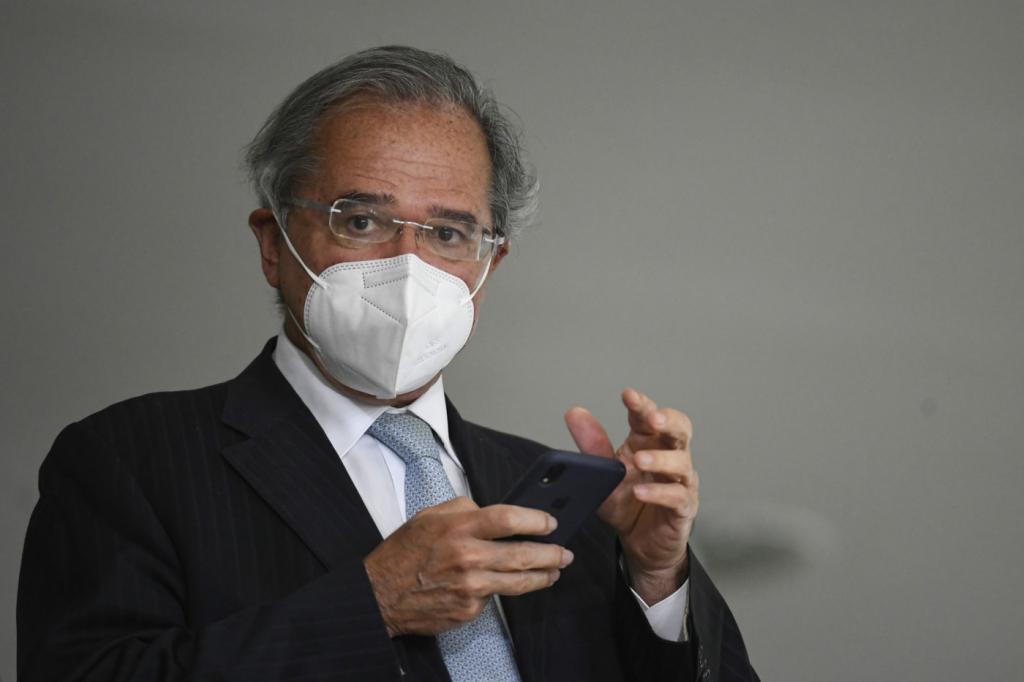 Criticism of the economics holder has grown, even in the Centrão parties; parliamentarians believe that the minister lacks ‘political tact’ and is unaware of the reality of the country’s poorest classes

The escalation of fuel and food prices, added to the number of unemployed in the country and the performance of the Brazilian economy in the second quarter of this year, a period in which the Gross Domestic Product (START) retreated 0.1%, said the Minister of Economy, Paulo Guedes, in the crosshairs of National Congress. Although it still enjoys prestige with the president Jair Bolsonaro, at least publicly, parliamentarians have not spared criticism of the actions of the “Posto Ipiranga”, chosen to command a super-ministry formed by the unification of the Ministry of Finance, Planning, Industry, Foreign Trade and Services.

Over the past two weeks, the report heard deputies and senators from various parties, the opposition and parties that support the Bolsonaro government in Congress, to gather impressions about the administration of Paulo Guedes. As Young Pan showed, dissatisfaction with the Minister of Economy has grown, even in the acronyms that make up the Centrão. President of the Liberal Party (PL) in Rio de Janeiro, federal deputy Altineu Côrtes (PL-RJ) says, in a video that was circulated on WhatsApp, that Guedes “mocked the Brazilian people” and “is hindering the Bolsonaro government”. In the recording, the congressman rejected the minister’s statement about the increase in the electricity bill. “What’s the problem now that energy is going to get a little more expensive because it rained less?”, asked the presidential aide on Wednesday, 25, at the launch of the Parliamentary Entrepreneurship Front.

Guedes has been constantly criticized since the beginning of the Bolsonaro government, but in recent months Congress has raised the bar against the incumbent of the Economy. In the opinion of the parliamentarians, the minister has little “political tact” and does not have the sensitivity to deal with issues that affect the country’s poor class. In conversations with the report, lawmakers cited some statements by the economist that had reverberated since the beginning of his term, including that the high dollar “is good for everyone” because, with a lower currency, “everyone” was going to Disney, including “maid”. “A hell of a party,” he said, in February 2020. At the end of August this year, the vice president of the Chamber of Deputies, Marcelo Ramos (PL-AM), wrote on his Twitter profile that the minister it is detached from reality. “I have no personal dislike for Minister Paulo Guedes, on the contrary, I respect him and I want him well, but his disconnection with the reality of the people is impressive. Unemployment, hunger, inflation, interest do not bother you. The Brazilian’s dream was to live in the minister’s speech”, says the publication.

According to Senator Carlos Viana (PSD-MG), deputy head of the government in the Senate, the relationship between the House and the minister has deteriorated in the last year. “The relationship between the senators and the government is very frayed, much due to minister Paulo Guedes. He, today, is a minister who has difficulty in the relationship with the benches,” he said to Young pan. “Early in the beginning of the pandemic, senators began to complain that they were not received by Guedes, or that he received only a small group of parliamentarians. Colleagues also complain that the agreements reached in the votes are not fulfilled. The government leader proposed [um encaminhamento], the parties met, the leaders agreed, closed the agreement, and the government modified [a proposta] in the camera. Since then, the relationship has been deeply frayed”, continues the member of the PSD, the second largest bench in the Senate. Asking for reservation, the national president of a center party made the following diagnosis: “The minister keeps saying that Congress needs to help him with the reforms. But nothing he proposes solves the problems. Quite the contrary: sometimes, what is already bad gets worse”.