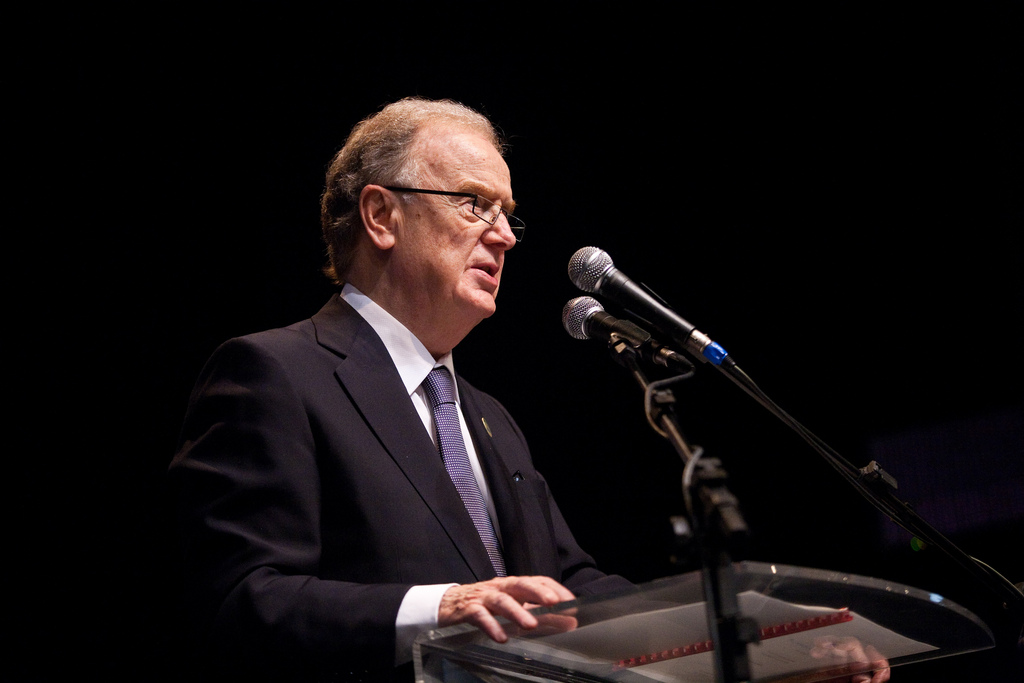 The procession and state funeral ceremonies of former President of the Republic Jorge Sampaio will be able to be followed by the population at various times and places in Lisbon, between Saturday and Sunday.

According to the ceremonies’ program, the first moment in which the general public will be able to follow the funeral procession more closely will be through the 10:30 am on Saturday, when there will be a stop at Praça do Município, where two banners will be placed with photographs of Jorge Sampaio, who was the mayor of Lisbon City Hall between 1990 and 1995.

In Praça do Município will take place a short ceremony with the presence of the current president of the Chamber, Fernando Medina, councilor, municipal deputies and members of Jorge Sampaio’s family who will hand over the insignia of the honorary orders of the former head of state to three soldiers from the National Republican Guard (GNR).

the procession will proceed to the old royal ring in Belém, later adapted to the National Coach Museum, and can be seen by the population at Rua do Arsenal, Praça do Comércio, Avenida Ribeira das Naus, Cais do Sodré, Avenida 24 de Julho and Avenida da Índia, where it will pass until arriving. to Praça Afonso de Albuquerque.

Not Sunday, to exit from the former president’s body from the Republic to the Jerónimos Monastery, is scheduled for 10:00 am, with the procession stopping shortly in front of the Belém Palace.

The tribute ceremony to Jorge Sampaio that will take place inside Jerónimos between 11:00 and 13:00 may be accompanied by the population by a giant screen which will be placed outside the monastery.

The arrival to Alto de São João is scheduled for 1:30 pm and there the population will be able to pay a last tribute to Jorge Sampaio. After the State honors at the Cemetery of Alto de São João, there will be a ceremony reserved for the family.

The Government decreed three days of national mourning, between Saturday and Monday, for the death of former President of the Republic Jorge Sampaio, and state funeral ceremonies.

Jorge Sampaio, former secretary general of the PS (1989/1992) and President of the Republic (1996/2006), died this Friday, aged 81, at the Hospital de Santa Cruz, in Lisbon, where he had been hospitalized since 27 August , following breathing difficulties.

With a vast political career and two presidential terms considered well achieved, in which he lived with four prime ministers, Jorge Sampaio leaves in his legacy the fight for “freedom on equality”, its main cause and “for which it calmly fought”, considers the current president of the republic, Marcelo Rebelo de Sousa.

This Friday, the Extraordinary Council of Ministers approved the decree declaring national mourning on September 11, 12 and 13 in honor of the former President of the Republic and the holding of state funeral ceremonies.

The President of the Republic also signed the decree that fixes national mourning for three days, which implies that “the national flag must be hoisted at half-mast in all public buildings” and “should be canceled or postponed events organized or promoted by entities linked to the State”.