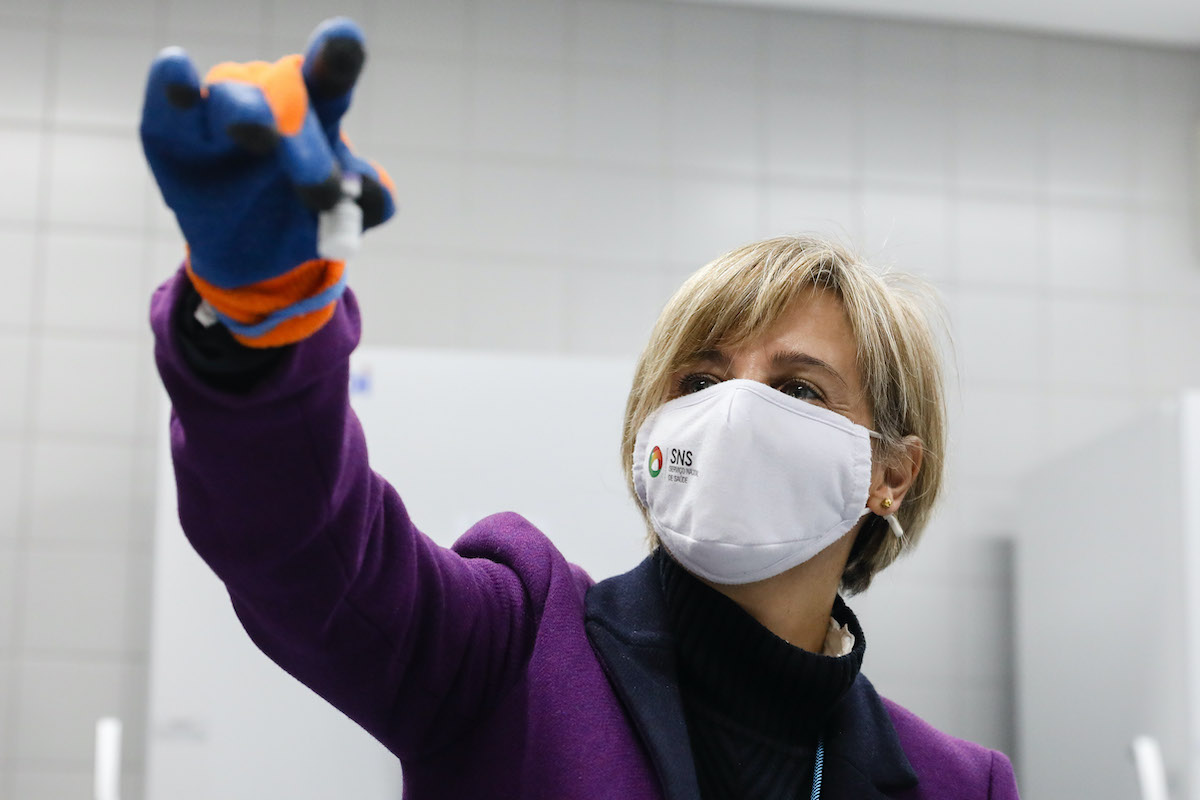 This Friday, Portugal passed the milestone of the first million vaccines administered, but the “road is still long”.

This Friday, Portugal surpassed one million vaccines against covid-19 administered, a mark that the Secretary of State for Health described as significant and the beginning of a path that is still long.

“It is a significant milestone, but it is still the beginning of a path that is still quite long ”, said Diogo Serras Lopes. Among the million vaccines, 284 thousand were second doses and the remaining 716 thousand were first inoculations.

The moment when the millionth vaccine against covid-19 was administered was carried out by Suzete, 90, who in front of dozens of journalists today received the second dose at the Pavilhão Desportivo da Ajuda, in Lisbon.

With the two doses already taken, she is now more rested. “I have also been very careful and do everything to the letter, as they say. If I have the opportunity to stay at home, I stay at home ”, she said, adding, on the other hand, that she did not think twice when they asked her to be vaccinated.

To the journalists, the Secretary of State, who attended the moment, said that the pace of the vaccination process is currently around four thousand doses a day.

“To be able to reach the more than 16 million vaccines that we want to give, obviously the pace will have to be greater. This implies that spaces like this have to be expanded and will certainly imply other responses, ”he said, ensuring that the lack of capacity will never be a limit.

The only limit, added Diogo Serras Lopes, is the still insufficient of available vaccines and limitations associated with the AstraZeneca vaccine, which, according to the guidance of the Directorate-General for Health (DGS), should preferably be used for people up to 65 years of age.

“This means that there is an age group that is less able to be vaccinated, because there are not enough vaccines available,” he explained, also saying that this guidance could also be revised when there is more data about the vaccine.

The Mayor of Lisbon, Fernando Medina, opened on Friday the seventh vaccination center against covid-19 in the city, with a capacity to vaccinate 190 people a day.

The center inaugurated by the Mayor will be the seventh operating in the city and is located in the CML Social Services building, in Olaias.

With four vaccination lines, the vaccination capacity is 190 people per day, “but the pace will be adapted to the growth of the age groups and to the needs to expand the vaccination process”, he stressed. According to Medina, up to today, approximately eight thousand people.

In order to facilitate the access of the elderly to vaccination, the municipality of the capital is offering a service of free taxi, which works via phone call.

The center is a joint organization of the Ministry of Health, through the Health Centers, City Council and Parish Councils.