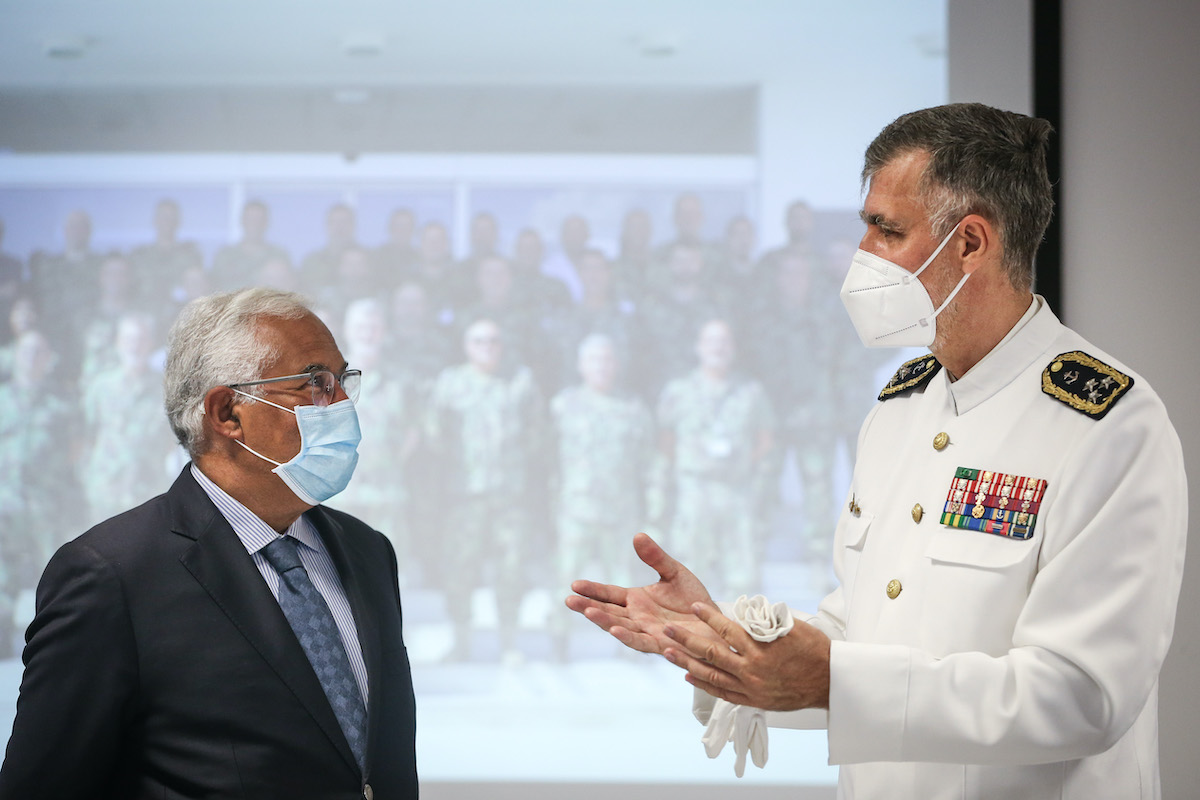 The task force responsible for the vaccination plan against covid-19 confirmed, this Tuesday, the end of the mission in the context of the pandemic and the transition to a coordination nucleus.

As had been advanced by the Observer online newspaper earlier this morning, the task force responsible for the vaccination plan against covid-19 your mission ended today planning and logistical management in the context of the pandemic.

Speaking at a meeting at the team’s headquarters, at the Joint Command for Military Operations, in Oeiras, coordinator Henrique Gouveia e Melo – who received the prime minister, António Costa, the Minister of Health, Marta Temido, and the Minister of Defense, João Gomes Cravinho – highlighted the success of the vaccination operation.

“We’re at 84 and anything from second doses. We could already have reached 85% of complete vaccination, but let’s remind some people and within a week or a week and a half, Mr. Prime Minister, you will have 85%”, assured the vice-admiral, also indicating that 500 thousand young people have already been vaccinated.

Gouveia e Melo confirmed that this is “the last briefing” about the pandemic: “I hand over my mission to the Prime Minister, the Minister of Defense and the Minister of Health. It is finished and now there is a nucleus to make the transition.”

According to the vice-admiral, this core group will be divided into three subgroups that communicate with the Government and health authorities and the challenge now is “to combine two agendas: flu vaccination and the eventual third dose of covid-19 vaccination” , stressing that the process “will depend a lot” on the Shared Services of the Ministry of Health (SPMS), where vaccine schedules are concentrated.

“The process went very well for covid-19 and we are trying to replicate it for the flu”, he summed up, without failing to clarify that Portugal already has 480 thousand vaccines of the flu in national territory, in a vaccination process that “already started yesterday”, starting first in the homes of the elderly.

The vice-admiral explained that the possible overlapping of influenza vaccination with the administration of an eventual third dose against covid-19 will not be a logistical problem, given the availability of vaccines and the continuity of the current vaccination centers for this transition .

“We have about two million in stock of vaccines. There won’t be any problem for the third dose, whatever the scope,” he declared.

At the headquarters of task force, António Costa began by saying that “this is a very important moment” and that “the country should be proud of the civic adherence to the vaccination process”.

“Without belittling anyone for their work, without the adhesion of the Portuguese it would have been impossible to achieve these results”, highlighted the prime minister, cited by the Observer.

The Executive leader also highlighted all health authorities, health professionals and municipalities. It was “a capacity for deployment on the ground without which it would not be possible” to have come this far, he said.

“I wish you all the best in your personal and professional life. What now have calmer waters and of character”, he also said, recalling that it was a “thorny mission crowned with success”, cites the online newspaper ECO.

At this time, Costa considered that the “hardest part” is to get out of vaccination coverage above 84% to reach 85% and recalled that it is still awaiting the decision of the European Medicines Agency (EMA) on a possible third dose.

On this issue, he assured, “Portugal has all the technical margin” to comply with whatever the guidelines of the health authorities, even if it means that the entire Portuguese population should receive the booster dose.

The prime minister ended his speech saying that the success of the vaccination is a “reason of pride for all the Portuguese”. “This reinforces the country’s self-esteem, the country’s pride. It’s always good to know that in this process we were the best in the world.”

At the same meeting, the Minister of Health also confirmed that the last phase of deconfinement, scheduled to take effect on October 1, will advance even if until that day the country has not reached 85% vaccination coverage.