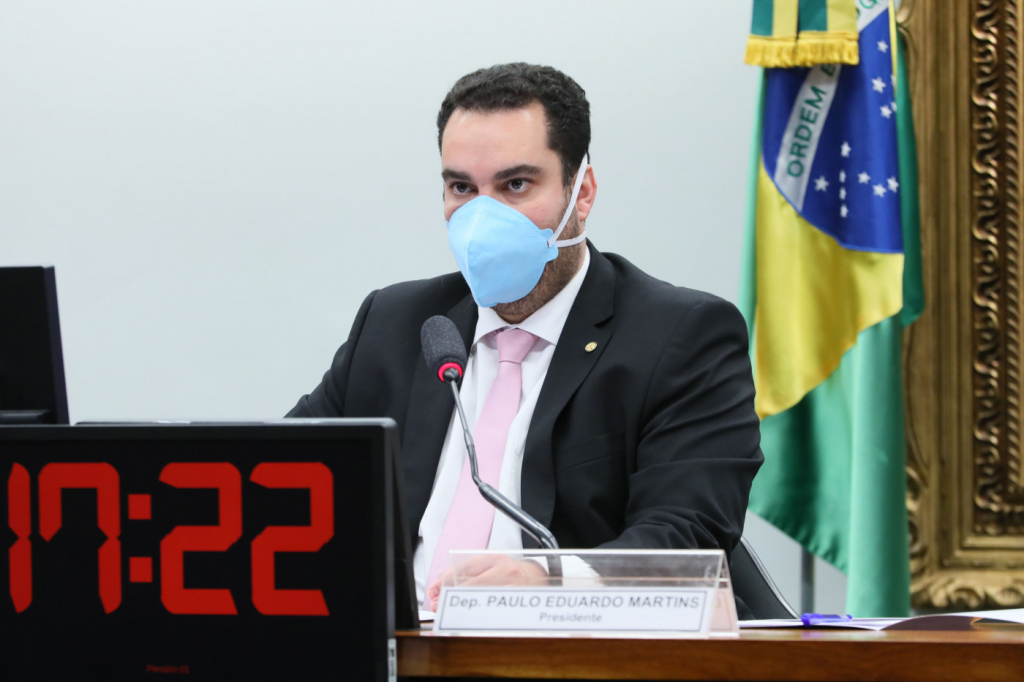 In an interview with Prime Time Zone, deputy Paulo Eduardo Martins (PSC-PR) spoke about the work of the collegiate and defended the change in the electoral system: ‘Something that makes things transparent is not a setback’

Cleia Viana/Chamber of DeputiesVoting on the report by deputy Filipe Barros (PSL-PR) should take place on Thursday, 8

One of the main flags of the president Jair Bolsonaro, the printed vote returns to the center of the debate of the Chamber of Deputies this week. The committee that analyzes the Proposal for Amendment to the Constitution (PEC) authored by the deputy Kicis Beer (PSL-DF) meets this Monday, 5, and must vote on the deputy’s report Filipe Barros (PSL-PR) on Thursday, 8. After a movement of 11 parties, which closed the issue against the change in the electoral system and replaced members of the collegiate, the tendency is for the text to be rejected by lawmakers. The evaluation is by the deputy Paulo Eduardo Martins (PSC-PR), that falou at Young pan. “There was an atmosphere in the commission that pointed to a different direction, that is, there would not be much difficulty in approving the report. It turns out that there was an external movement, headed by the president of the TSE [ministro Luis Roberto Barroso] and the parties closed the matter, changed the members of the commission. That shuffled the game. What was peaceful became a difficulty. Today, the trend is of non-approval”, said Martins to the report.

As Young Pan showed, on Saturday, 26, presidents of 11 parties, including subtitles that are part of the Bolsonaro government’s base in Congress, signed a commitment against the adoption of the so-called “auditable printed vote”. Ciro Nogueira, from the PP; ACM Neto, from DEM; Valdemar Costa Neto, from PL; Marcos Pereira, from Republicans; Paulo Pereira da Silva, Paulinho da Força, from Solidariedade; Luciano Bivar, from PSL; Roberto Freire, from Citizenship; Whale Rossi, from the MDB; Gilberto Kassab, from the PSD; Bruno Araújo, from the PSDB; and Luís Tibé, from Avante. After the meeting, the acronyms started to move to try to stop the advance of the PEC. On Thursday, 1st, MDB, PSD, PL, Patriota and PV exchanged commission members. Solidarity also indicated deputy Bosco Saraiva (AM), against changing the system to one of the 38 seats on the commission. According to an estimate made by a member of the collegiate, of the 34 voters, at least 17 are against the printed vote.

Even if the text is approved by a small margin in the commission, Paulo Eduardo Martins assesses that in the plenary of the Chamber the matter should encounter even more resistance. “The plenary reflects the commission. When you go to the plenary, you already have a defined party position, there are deputies who are influential. If the party position is closed against, the members are changed in the collegiate, the party will exert this influence in the bench. Then, it becomes very difficult”, he says. Despite the PEC being a flag of President Jair Bolsonaro, the deputy claims that he tried to “depoliticize the issue” and remove it from the “electoral dispute”. “Since the beginning of the work, I tried to depoliticize the theme, to remove it from the electoral dispute. This House has already approved the printed vote in the past. My idea has always been that, to remove the theme from this polarization. The theme was associated with President Bolsonaro because he was the author of a proposal in this regard. The environment is super polarized, everything that involves the president, someone is against it because the idea is his, it’s contaminated”, he explained.

On more than one occasion, Bolsonaro said that there was fraud in the 2018 elections. However, he never presented evidence. On June 21 of this year, the Inspector of the Superior Electoral Court (TSE), Minister Luís Felipe Salomão, gave 15 days for the head of the federal Executive to present evidence of the alleged irregularities. This Friday, the 2nd, however, in conversation with supporters, on the way out of the Palácio da Alvorada, the president of the Republic said that he does not have to present evidence “for anyone” and that he does so “if he wants to”. “I don’t have to present evidence to anyone. ‘You have to present proof’. I’ll do it if I want.” Asked about the impact of Bolsonaro’s statements on the position of parliamentarians, Martins acknowledges that they “may not help”, but stressed that the rejection of the proposal cannot be based only on political opposition: “I am amazed at this posture and the assertions that the printed vote would be a step backwards. Something that makes things transparent is not a setback. Today, voters type in a number and have to trust the software and bulletins. That’s why there is a distrust. When the voting machine was implemented in 2002, it was national pride, but it is now clear that it could be flawed or invaded. The system has to be able to respond. Ours doesn’t have it today.