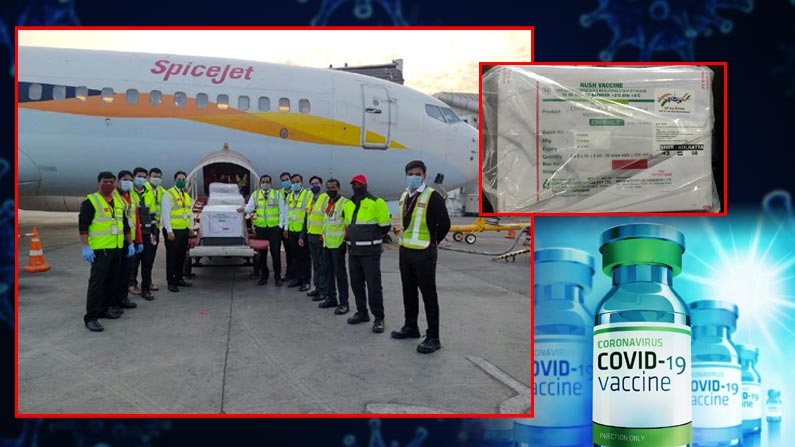 Authorities are making arrangements for vaccination from 16 in Telangana. Vaccines reach Shamshabad Airport and from there reach the cold storage at Kothi. After that to the districts ..

Authorities are making arrangements for vaccination in Telangana from the 16th. Vaccines reach Shamshabad Airport and from there reach the cold storage at Kothi. Then supplied to the districts. From there move to health centers. A total of 139 centers will be vaccinated on the 16th. There are 2 to 3 centers in each district. Most of the centers have been set up within the GHMC. Telangana Health Minister Itala Rajender said that he would take the first vaccine himself and would not have any fears about vaccines.

In the first installment in Telangana, 2.9 lakh health workers are going to be vaccinated. A total of 5 crore vaccine doses have been arranged for storage. 3 crore doses are stored in Hyderabad and 3 crore in districts. The center is sending two doses of the vaccine to health workers at once. On the first day, 13,900 people will be vaccinated. About 5 lakh syringes are being transported to the districts in special vehicles from Kothi in Hyderabad.

On the other hand, CM KCR also had a meeting with ministers and collectors yesterday. Vaccine distribution was discussed. It was suggested that ministers, MPs, MLAs, MPs, ZPTCs and MPTCs should be partners in the vaccination program. He said a room would be set up adjacent to the vaccine center and an ambulance would be available to provide immediate medical treatment to anyone who had a reaction after being vaccinated. A call center will also be set up at the state level. Chief Minister KCR suggested that Kovid rules should be strictly followed in the process of giving vaccine.

Once upon a time there was a festival in the villages when they came .. Now there is a tremor among those who are coming