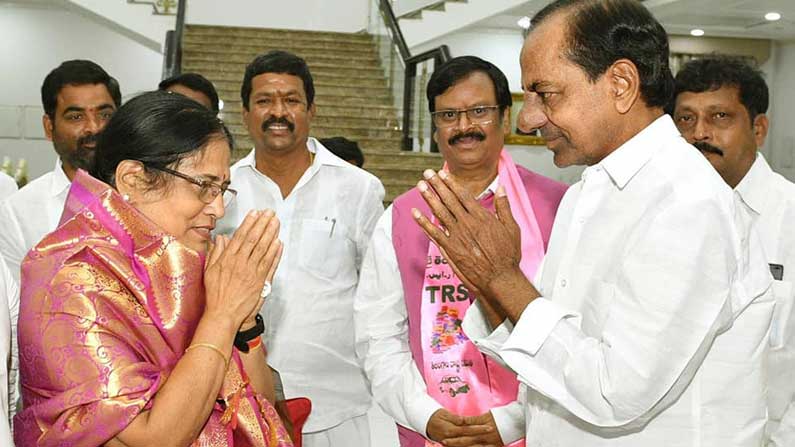 Graduates MLC: ‘This victory has increased my responsibility’ says TRS, who recently won a solid victory in the MLC elections.

Graduates MLC: ‘This victory has further enhanced my responsibility,’ said Surabhi Vani Devi, a TRS candidate who recently won a solid victory in the MLC elections. Surabhi Vani Devi won the Hyderabad-Rangareddy-Mahabubnagar Graduate MLC elections with a majority of 51,000 votes over her nearest rival. She visited Peewee Ghat on Sunday to celebrate the victory. Wreaths were laid and tributes were paid. Speaking to the media on the occasion, Vani Devi thanked everyone who made her win. ‘I know I have a big responsibility on me. All face courage. Solve all problems with an ideology. ‘ Said. Vani Devi thanked him for winning her by a substantial majority. Ministers, MLAs and party cadres said he had won by putting himself on their shoulders. Special thanks to the CM KCR in particular. He expressed confidence that such a big responsibility had been placed on him and that he would be able to face it all effectively. Peevey said the service rendered to the people of the country was unforgettable. Vani Devi was emotional on the occasion that she had started the campaign from her father’s ghat and had won and come here again. He said he was happy to win as an emcee.

If so .. TRS candidates Palla Rajeshwar Reddy and Surabhi Vani Devi won with a huge majority in the elections for Nalgonda-Khammam-Warangal, Hyderabad-Rangareddy-Mahabubnagar graduate MLC seats. Surabhi Vani Devi polled a total of 1,89,339 votes in this election. With a majority of 51,773 votes, she won a solid victory over her rival, BJP candidate Ramchander Rao. Palla Rajeshwar Reddy also won the sitting Nallagonda-Khammam-Warangal seat with a huge majority. Vijayadhanka won with a majority of 49,362 votes. With the victory of TRS party candidates in two places in total, it seems that Full Josh has joined the party.

Are you on the list of guys to marry ..! But it is difficult not to know these things .. Take a look ..