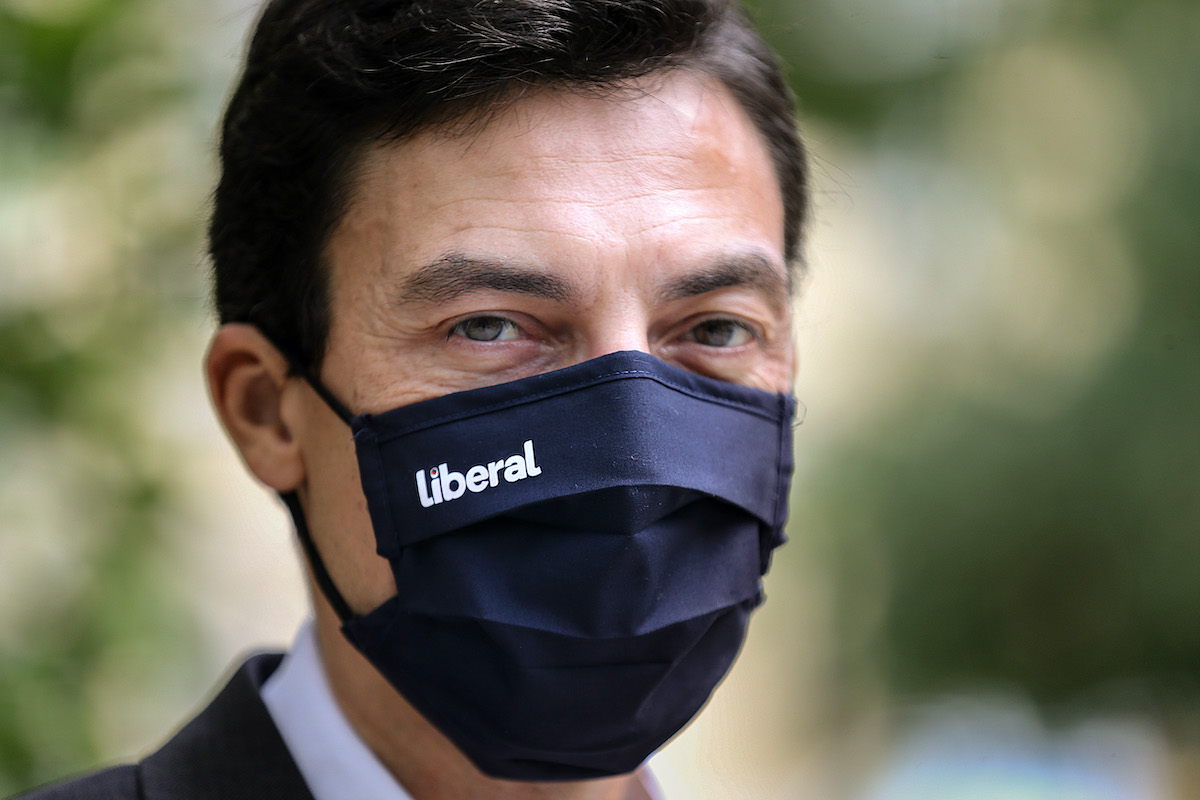 Faced with the possibility of becoming the candidate of the Liberal Initiative in Porto, ex-presidential candidate Tiago Mayan Gonçalves does not exclude this hypothesis.

In an interview with Vichyssoise, from Rádio Observador, Tiago Mayan Gonçalves it does not exclude becoming the candidate of the Liberal Initiative in Porto in the next municipal elections.

Despite not getting the results he was looking for, Mayan was one of the winners of the last presidential elections. With 3.22% of the votes he achieved almost three times the global vote of his party in the last legislatures, in which the Liberal Initiative obtained 1.3% of the votes.

The statements of the ex-candidate for the Presidency of the Republic come after the party announced the consultant and founder of the Liberal Initiative, Bruno Horta Soares, as a candidate for the Lisbon City Council.

The Lisbon autarchy has been a problem for the party. Bruno Horta Soares’ name comes after the first candidate presented by the Liberal Initiative, Miguel Quintas, having been removed after just three days, claiming that the children’s privacy is at stake.

“Above all, what IL is doing is to prepare and make the choice of the citizens of Lisbon a truly liberal option. The question of protagonists has always been secondary in our party, we have demonstrated this to the point of exhaustion, ”said Tiago Mayan Rodrigues in reaction to the controversy.

“Naturally, the presentation episode of the candidate who ceased to be so was not what we wanted to have happened, but that does not cancel out what will happen in Lisbon: a true liberal proposal and a liberal autarchic vision, that in a very short time we will know ”, he added, rejecting that the episode put in question the leadership of João Cotrim Figueiredo.

In the case of Lisbon, explains Mayan, “the analysis made at the local level and at the Executive Committee is that the best way would be to submit an autonomous application and I tend to agree ”. The liberal argues that from what he has heard so far of Carlos Moedas’ proposal, this “Not far from what [Fernando] Medina presents ”.

Despite the conversations that took place between the Liberal Initiative and Carlos Moedas, Mayan Gonçalves explains that they did not result “probably because this liberal inclination that we demand and want could not be incorporated”.

In Port, an eventual support to Rui Moreira “is not out of the question”, although there are no decisions made.

It was then that, questioned about the possibility of being a party candidate in Porto, Mayan replied that at this moment he does not exclude that hypothesis.

“Let’s see what is going to be done. I haven’t seriously thought about it yet. At this time, do not exclude anything because all scenarios are possible within the spectrum that I have already told you: what is the best strategy to defend a more liberal proposal ”, he told Rádio Observador.

Tiago Mayan Gonçalves was also asked about what would be a good result for the Liberal Initiative.

“We speak of the liberal wave and this has been visible already in terms of electoral results and also continuously in the polls there is a demonstration of clear growth. And above all, a very consolidated growth in the electoral base of the Liberal Initiative ”, the liberal started by saying.

“Good results are showing that this rise is really reflected in the polls. In municipalities, we will be present where we have nuclei and we already have an implantation relatively spread across the country and it will also be important in terms of implantation and territorial consolidation of the party. Therefore, there are always these two aspects ”, he added.