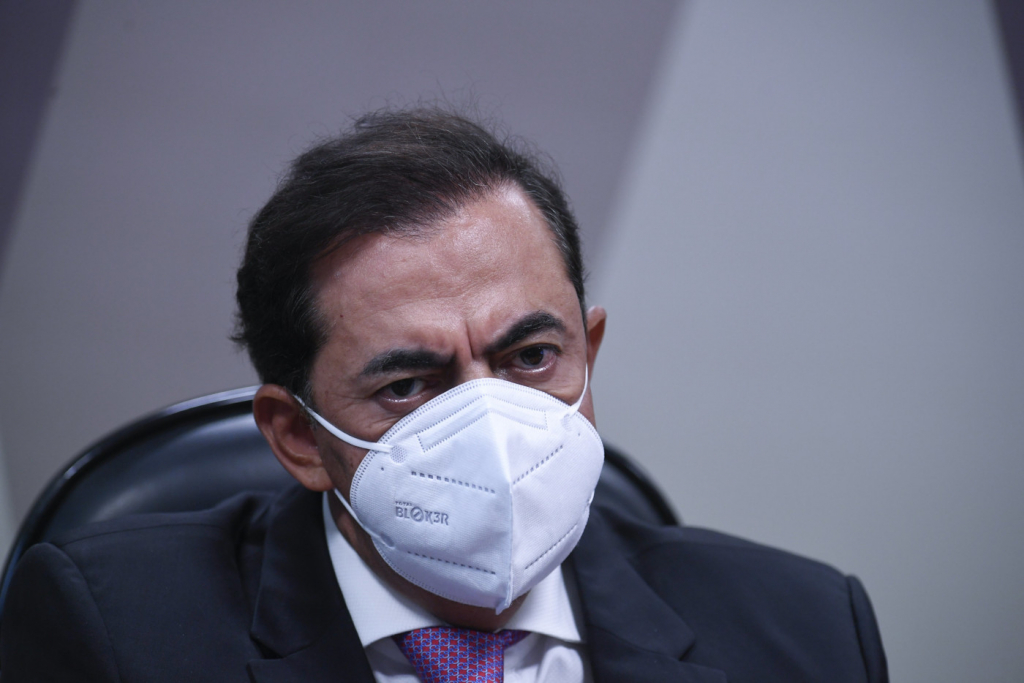 The trust company issued a letter of guarantee of R$ 80.7 million to Need Medicines in the contract signed by the Bolsonaro government for the purchase of 20 million doses of the Covaxin vaccine

In your testimony to CPI to Covid-19, the lawyer Marcos Tolentino was silent about his relationship with the FIB Bank, but denied being the hidden partner of the company, which issued a guarantee letter of R$ 80.7 million for the Need Medicines in the contract signed by the president’s government Jair Bolsonaro for the purchase of 20 million doses of the vaccine Covaxin. Supported by a habeas corpus granted by the Supreme Court (STF), the deponent was silent on most of the questions asked by the senators.

The FIB Bank was targeted by the commission because of the company’s agreement with the Ministry of Health. According to the commission’s investigations, the trust company would not be able to pay the guarantee amounts. According to records, the creators of the company are Geraldo Rodrigues Machado and Alexandra Melo. For senators, however, both are oranges. Machado is a resident of the municipality of Pão de Açúcar, in the State of Alagoas, and was unable to apply for unemployment insurance because he was denied due to debts from the FIB Bank. Alexandra, in turn, had her enrollment in Bolsa Família canceled.

Despite the denial, the senators say they have evidence that Tolentino is, in fact, the hidden partner of FIB Bank. This is because there is a power of attorney that gave the lawyer “broad and special powers on an irrevocable and irreversible basis” to represent Pico do Juazeiro, one of the two partners of the guarantor of the Covaxin contract. When asked about his relationship with this company, however, the deponent was silent. He also refused to say whether he received remuneration for services rendered. Leader of the women’s bench in the Senate and responsible for investigating the acquisition process of Indian vaccines by the Bolsonaro government, senator Simone Tebet (MDB-MS) stated that the power of attorney gave the businessman “the property, the partnership of the FIB Bank”.

“In Brazilian law, there is no power of attorney with irreversible powers to sell and buy and without rendering accounts. There are notary offices in Brazil that do not accept this type of power of attorney, because it characterizes and establishes, according to the jurisprudence, that the person becomes the owner. So, from the moment Pico do Juazeiro handed him a power of attorney with absolute, irreversible powers, without the need for accountability, he is saying the following: ‘Here, the child is yours’. Pico, which is a partner of FIB Bank, simply gave Tolentino the ownership, the partnership of FIB Bank”, said the emedebista.

More than once, Tolentino said he couldn’t answer some of the senators’ questions because he was hospitalized in the first quarter of the year for complications from Covid-19. He even sponsored a Twitter post to promote a photograph in which he appears intubated. “Using the tragedy that is the object of this investigation by this CPI does not seem appropriate to me”, said senator Randolfe Rodrigues (Rede-AP), vice president of the commission.