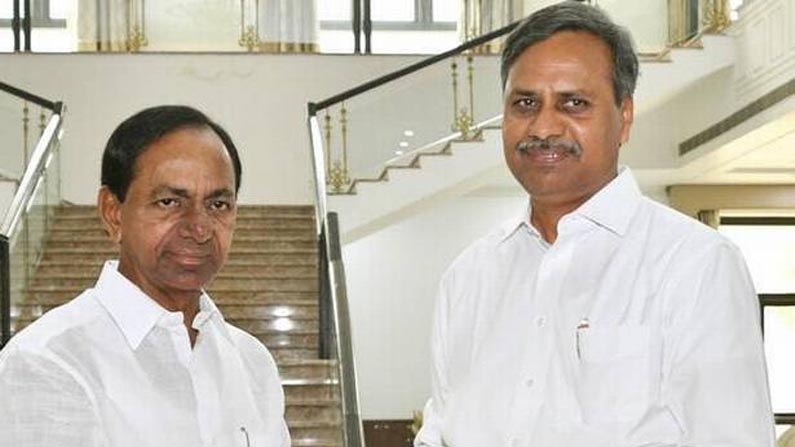 CM KCR said that sitting MLC Palla Rajeshwar Reddy will be given another chance at the TRS wide working committee meeting.

Graduates mlc TRS candidate : TRS candidate from Khammam-Warangal-Nallagonda graduate constituency has been finalized. This was announced by the TRS chief, Chief Minister KCR. He said that sitting MLC Palla Rajeshwar Reddy was once again given a chance at the TRS wide working committee meeting held at Telangana Bhavan on Sunday. Hyderabad-Rangareddy-Mahabubnagar graduate constituency candidate will be decided soon, KCR revealed.

Born in Shodashapally in Dharmasagar zone of Warangal district to an ordinary farmer family, Palla Rajeshwarreddy is an educator, an MLC and a state president of the Raitubandhu Samithi. He holds a doctorate in physics from Osmania University. Dr. Tamahankar received the Memorial Medal for his contribution to research. Growing up as an SFI leader during his student days, he joined the TRS party during the Telangana movement. He was actively involved in state practice and soon approached CM KCR. During the Telangana movement, 11 cases were registered against Rajeshwar Reddy under 20 sections.

In 2015, Warangal-Khammam-Nallagonda graduate constituency won as MLC. He is currently the MLC and continues to be the state president of the Raitubandhu Samiti. He previously served as convener of the TRS state ad hoc committee, party general secretary, and legislature whip. Nallagonda contested as an MP. Palle Rajeshwarreddy said that as the MLC of Warangal-Khammam-Nallagonda graduate constituency, he has worked hard to solve the problems of job, teacher, student and unemployment. He urged graduate voters to give him another chance in the upcoming MLC elections.

Read this. If I work well, I will get an MLA ticket again .. I will be the CM for ten years .. KCR in the working group meeting