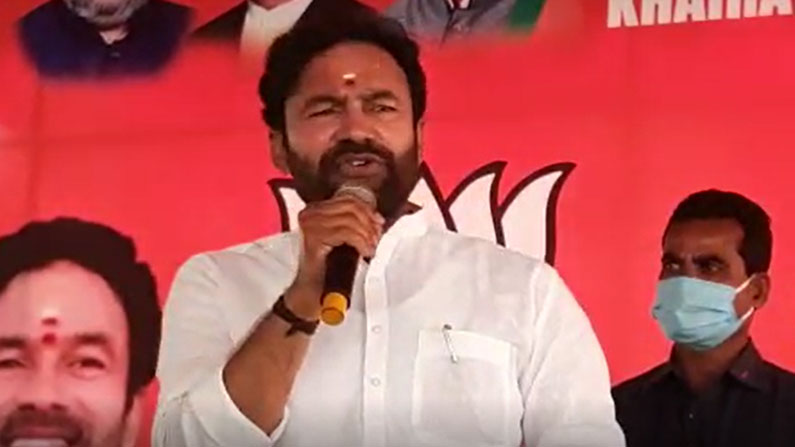 Union Minister Kishan Reddy: The Union Home Ministry on the news that the Telangana capital Hyderabad will be made a Union Territory.

Union Minister Kishan Reddy: Union Home Affairs Minister Kishan Reddy made key remarks on the news that Telangana capital Hyderabad would be made a Union Territory. Kishan Reddy clarified that the Center has no idea of ​​making Hyderabad a UT. TRS and MIM have been criticized for spreading lies. Majlis MP Asaduddin Owaisi, who addressed the Lok Sabha on Saturday during the debate on the Jammu and Kashmir Partition Act Amendment Bill, commented that the Modi government would make Hyderabad a UT. Kishan Reddy, who was participating in a recent BJP party function in Hyderabad, responded to these remarks. Eddewa said Asaduddin had fled the Lok Sabha before the government could respond to the UT issue. He commented that Hyderabad, which had a surplus budget, had been destroyed. He said the city of Hyderabad was in a debt-ridden situation for any development program.