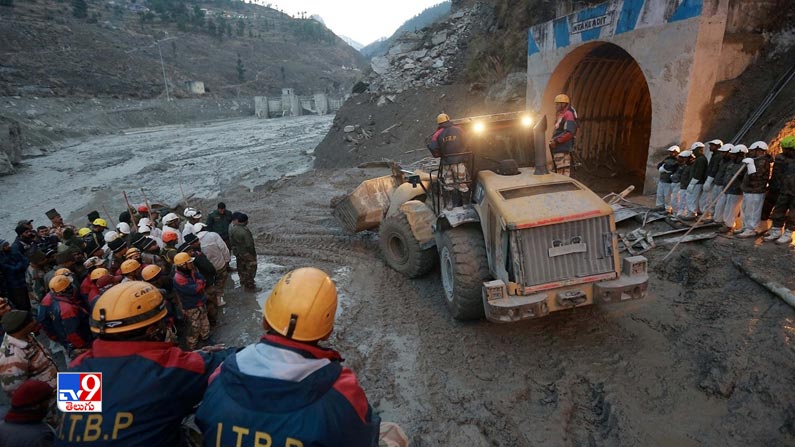 Uttarakhand flash floods updates: Rescue operation continues for four days in a row in Uttarakhand. The mosquito survived even in the dark

Uttarakhand flash floods updates: Rescue operation continues for four days in a row in Uttarakhand. Auxiliary crews continue to carry out blow-by-blow operations, even in the dark. However, I have not yet been able to locate my 179 workers. The death toll from a glacial flood in Uttarakhand has risen to 36. Laid mud meadows near the Tapovan Tunnel. As the removal progresses the mounds are slipping into mounds. Family members of the abducted workers are being shaken. There have been tears over the lack of any information since day four.

Up to 35 people remain unaccounted for at the Tapovan Tunnel alone. Authorities have stepped up relief efforts for them. ITBP, NDRF and Army teams are involved in relief operations. Rescue operation continues for those still unaccounted for. So the Prime Time Zone team reached the area most boldly. Trying to provide information there from time to time.

The rescue team is trying to clear the mud with JBCs and sophisticated machines. Mud was removed up to 150 m. However, there are obstacles to the rescue operation at the Tapovan Tunnel. Sliding mud from the inside as you take off. On the other hand, they are also trying to track down the workers. German Shepherds used for training are used for this purpose. There is a windmill going on for workers with dogs.

The Uttarakhand floods have paralyzed traffic in nearby areas. Due to the flooding of a bridge at Tapovan, there was no access to the village. With this a ropeway is being set up for them. Uttarakhand – Traffic to the last village on the China border has been disrupted. Commodities are being supplied with helicopters. Many villages have lost contact with the outside world due to the inundation created by the glacier. ITBP personnel are supplying daily necessities to the people there by helicopters. Walking in the hilly areas .. serving them food items.

Surrounding villages, including Chamoli, were badly damaged by the February 7 floods. Many houses in Vishnuprayag were demolished. There were cracks in the walls. Family members of about 40 workers working near the Rishiganga project staged a protest. After the flood at Alaknanda river .. Alleged that relief measures were not taken properly. The project escalated into an altercation with officials.