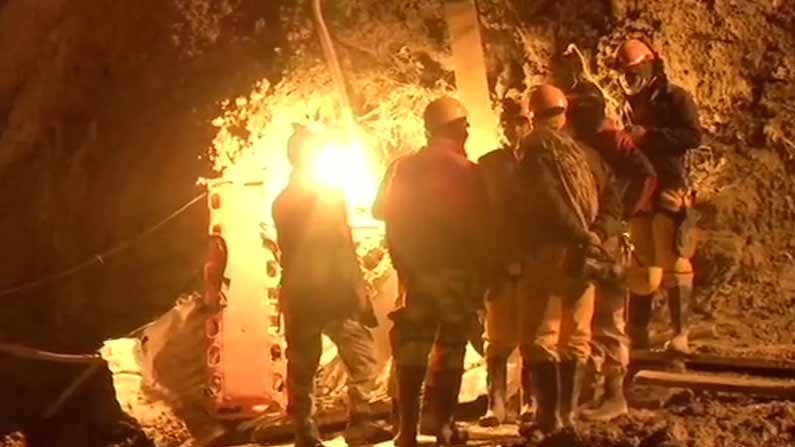 Uttarakhand Glacier Burst Updates: It is known that the Himalayas were inundated with avalanches and floods in the land of Uttarakhand. The Dhauli Ganges near Joshimath in Chamoli district has flooded about 250 people.

Uttarakhand Glacier Burst Updates: It is known that the Himalayas were inundated with avalanches and floods in the land of Uttarakhand. Nearly 250 people have been swept away in floods as the Dhauli Ganges overflowed near Joshimath in Chamoli district. However, the death toll from the crash has risen to 32. Authorities are still searching for the missing 171 people. Six bodies were recovered on Tuesday, including 32 that have been recovered so far, officials said. Supportive measures are being taken constantly, he said. He said the NDRF, SDRF and ITBP teams were already working closely. If heavy mud and debris accumulates in the Tapovan tunnel, the crew is clearing it for the 30 people trapped.

Helicopters are delivering essentials and food to 13 villages that have lost contact with the outside world as the bridge overflows into the river. If so .. Uttarakhand Chief Minister Trivendra Singh Rawat conducted an aerial survey and examined the disaster. In addition, the CM consulted and reassured those receiving treatment at the ITBP Hospital in Joshimath.

West Bengal: ‘I am the Royal Bengal Tiger’ .. not a weak person: CM Mamata Banerjee

This is what luck means knocking on the door .. A young man who went to a wedding came back with crores of rupees all at once ..