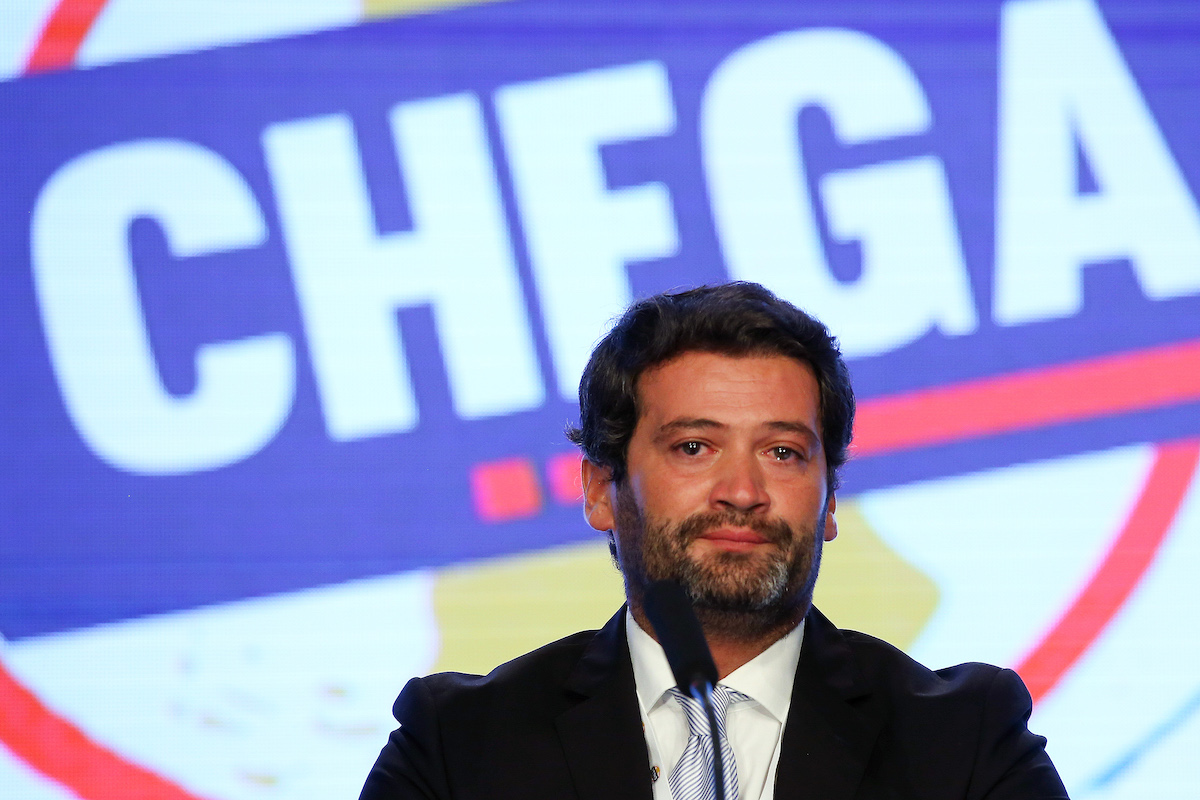 The resigned president of Chega today handed over to the party’s National Convention Bureau his re-election as the leader in direct elections, meanwhile scheduled for March 6, and went up the parade for the objective of “governing Portugal”.

André Ventura resigned from office for the second time following the January 24 presidential elections, which was the third most voted, but failed to stay ahead of former PS ME deputy Ana Gomes and force the head of state, Marcelo Rebelo de Sousa, to a second round.

According to the strategic motion that Lusa had access to, the only deputy of the extreme right-wing parliamentary party defends that “the III Convention [Nacional] it will have to be the definitive step ” [do Chega] to achieve presence in the country’s executive.

Official source of populist political force told Lusa that the next (III) major meeting of the Chega militants “still does not have a specific place to be held, but the end of May most likely date ”.

In the call for the “direct” of March 6, the President of the Bureau, Luís Graça, declared that the III National Convention “will be held, after the lifting of sanitary restrictions” anti-covid-19.

“The party’s objective should now be, without doubts or tepidness, the Government of Portugal. The changes we need to make, the fierce fight against corruption, the reform of justice, the dignification of policemen, doctors, nurses, teachers and all those on the front lines against this pandemic, the reform of the tax system and the reform of the political system, we will only achieve it effectively if the Portuguese give us a vote of confidence to govern Portugal ”, reads Ventura’s text.

The document, entitled “Governing Portugal”, follows the strategic motion presented by Ventura in the “direct” of September 5, 2020 and in the II National Convention (September 19 and 20, Évora) whose title was “Mobilize Portugal” and where it was proposed to elect “regional deputies already in the elections for the Autonomous Region of the Azores” and consolidate Chega “as the third national political force in the next legislative elections, leaving the PCP, BE and PAN behind”.

“I apply again (…) To guarantee not only that the party will be able to establish itself throughout the national territory in the next municipal elections, with competent mayors and close to the populations, but will be able to provide the country with a Government solution that will always be, with ours participation, an anti-system government ”, he now declares.

According to the leader of the parliamentary extreme right, “Chega is at a huge historical crossroads – it has grown like no other party has ever done in the history of Portugal and, therefore, it is under a tremendous institutional threat that could effectively put into question your survival ”.

Militants with “at least six months of official militancy” can run for president of the National Directorate of this political force. Candidates have until Monday (“15 working days prior to the date of the electoral act”) to submit their candidacy, which must be supported by “at least three presidents of district political commissions and a president of regional political commission ”, Stipulates the electoral regulation.

In the “direct” of March 6, in addition to the scrutiny of the future president, the militants will also choose about 500 delegates for the future convention. Polling stations will be available in the 18 continental districts and in the two autonomous regions, and regional political commissions may decide to have “up to one table per island”.

Ventura, founder and activist nº 1 of Chega, aged 38, was elected president for the first time on June 30, 2019, at the 1st National Convention, in Algés (Lisbon).

Already elected deputy, the former law professor resigned in April 2020, after internal criticism of the parliament’s vote to renew the state of emergency enacted due to the covid-19 pandemic.

The former PSD activist voted in favor of the initial imposition of a state of emergency, then abstained on a second, third and fourth time and voted against on the following six occasions.