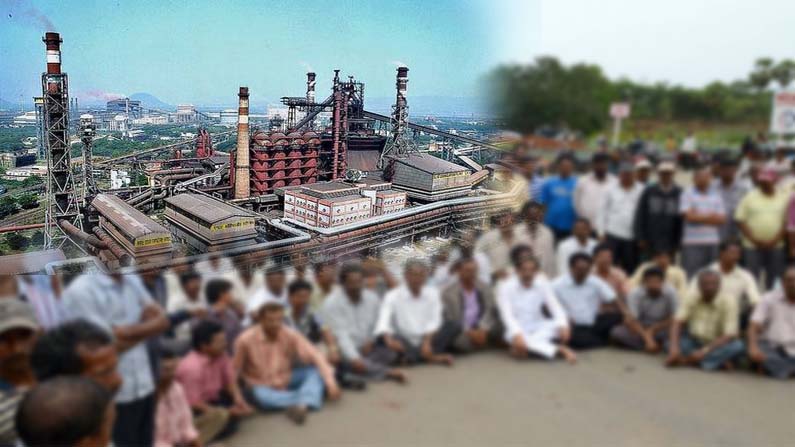 The movement against the decision to privatize the Visakhapatnam steel plant is intensifying. All parties are making efforts to intensify the struggle in stages. Pressure on the center with what kind of steps ..

The movement against the decision to privatize the Visakhapatnam steel plant is intensifying. All parties are making efforts to intensify the struggle in stages. Leaders are thinking of increasing the pressure on the center with what steps. Therefore, round table meetings and all-party meetings are being arranged. YCP leaders, who had been silent till yesterday, suddenly increased their speed. The all-party meeting was chaired by Minister Avanti Srinivas.

Political parties held a preparatory meeting at the Visakhapatnam Circuit House under the patronage of Minister Avanti Srinivas. Preventing privatization was mainly discussed. The meeting was attended by Visakhapatnam MP MVV Satyanarayana, Gajuwaka MLA Nagireddy, representatives of CPI, CPM, Congress parties and trade union leaders. Decided to meet again today. Minister Avanti commented that the TDP and BJP were called to these meetings but did not attend. The minister said privatization could not be stopped if the former resigned. Doing so is going to be limited to the gallery. If he is an MP, he can meet the Prime Minister and his superiors. Suggested fighting to stay in office.

Minister Avanti was angry at the Center for taking a unilateral decision without consulting the state government. He said a meeting was arranged this morning in front of the Steel‌plat BC gate. On the other hand, a round table meeting was held in Guntur against the privatization of the Visakhapatnam Steel Factory. The meeting, which was held at the CPI office, was attended by all party leaders. CPI assistant secretary Muppalla Nageswara Rao said, “Let’s protect the factory with the slogan ‘Visakha Ukku..Andhrula Hakku’.” The center has been criticized for trying to privatize everything it sees. Thirty Nageswara Rao wants everyone to get rid of him to thwart the conspiracies of the Modi government.

The AP-BJP leaders, who were shaken by the central decision on Visakhapatnam steel, are trying to change the mindset of the Delhi elders