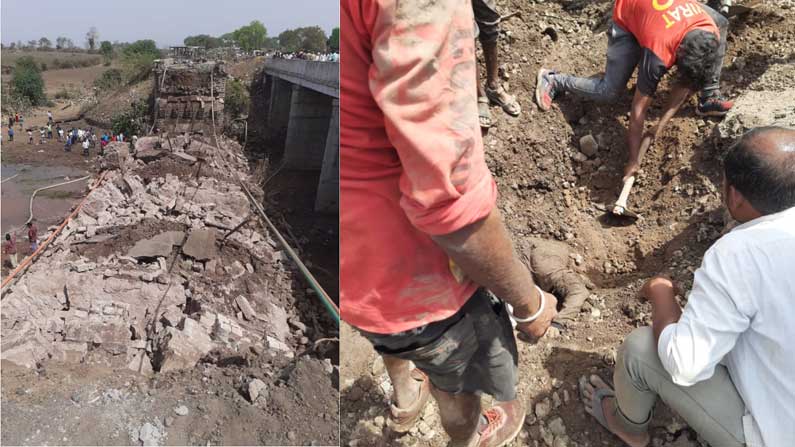 Komaram bheem district wankidi Bridge collapse: An old bridge collapsed in Wankidi, Komaram bheem district. The accident took place while demolishing an old bridge for construction work on the Four Line road. Two laborers accidentally fell under the rubble. Vigilant locals and authorities took supportive measures. However, one of the victims was already dead in the rubble. Another was rushed to Asifabad hospital where he was pronounced unconscious.

Meanwhile, the authorities have started work on the construction of a new bridge as the Wankidi Bridge is getting old. It was in this order that the old bridge was to be demolished and the road laid next to it. But accidentally the bridge suddenly collapsed. The workers screamed and fell down before realizing the danger. Police reached the spot with the information provided by the locals and took relief measures. But the damage had already been done. On the other hand, traffic came to a standstill when the bridge collapsed. This caused a huge traffic jam on the road. However, the victim’s family members allege that the innocent workers were raped due to the complete negligence of the authorities.