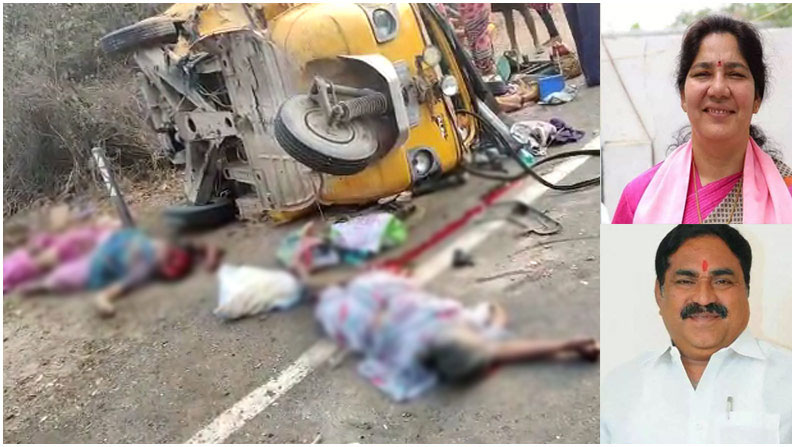 Ghora road accident occurred on the outskirts of Atmakuru mandal in Warangal district. Ministers Errabelli Dayakar Rao and Satyavathi Rathore were present on the occasion.

Ghora road accident occurred on the outskirts of Atmakuru mandal in Warangal district. Ministers Errabelli Dayakar Rao and Satyavathi Rathore expressed regret over the tragedy. Condolences were extended to the families of the deceased. An auto carrying workers collided with a storm vehicle this morning. Three female workers were killed on the spot and eight others were injured.

The concerned authorities have been directed to ensure better treatment for the injured. Talked to the district police and inquired about the circumstances that led to the incident. Expressed their deepest condolences to the families of the deceased. The government will take care of those families.

Eight others were injured in the crash. The condition of one of the injured is critical. The injured were rushed to a nearby hospital for treatment. The auto was crushed in the accident. Upon receiving the information, the police rushed to the spot and took relief measures.

Day laborers until yesterday .. Mayors for corporations today .. The newest chapter in the AP municipal elections