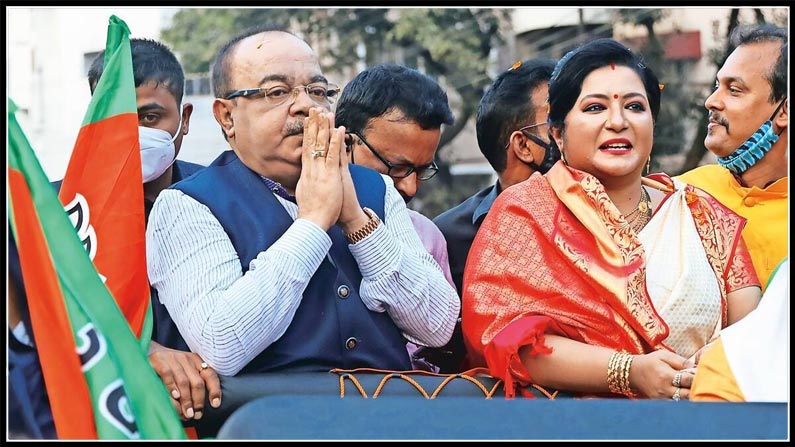 Hundreds of activists in Kolkata yesterday said they were giving tickets to leaders who defected from the ruling Trinamool Congress and joined the BJP in the wake of the Bengal elections, as well as those who were scarred in the party.

Hundreds of activists in Kolkata yesterday staged a sit-in at the party’s election office, claiming that tickets were being given to leaders who defected from the ruling Trinamool Congress and joined the BJP in the wake of the Bengal elections, as well as those who were scarred in the party. Conflicts, pushing each other. They also tried to break through the barricades set up by the police and break into the office. They tried to confiscate senior party leaders like Arjun Reddy, Mukul Roy and Sivaprakash. Asked why a large number of former TCMs were being given tickets as BJP candidates, he accused them of sidelining those who had worked so hard for the party so far. Home Minister Amit Shah was on his way to Delhi after concluding his visit to Assam when he stopped in the middle of Kolkata. The party president Jaypee Nadda was also in the city yesterday. BJP workers vandalized BJP offices in districts like Howrah and Singur. Attempts by the police to arrest them were in vain. The khakis set up iron barricades but to no avail. They also carried out attacks on party offices in Hooghly and Chinsura districts. In Singur, activists were outraged over the ticketing of former TMC MLA Rabindranath Bhattacharya. The Madhya Pradesh Education and Health Minister, who came for the organizational meetings, had to stay in a shop for about four hours. Activists locked the shop while he was there. Then the police came and took him out safely with great difficulty.