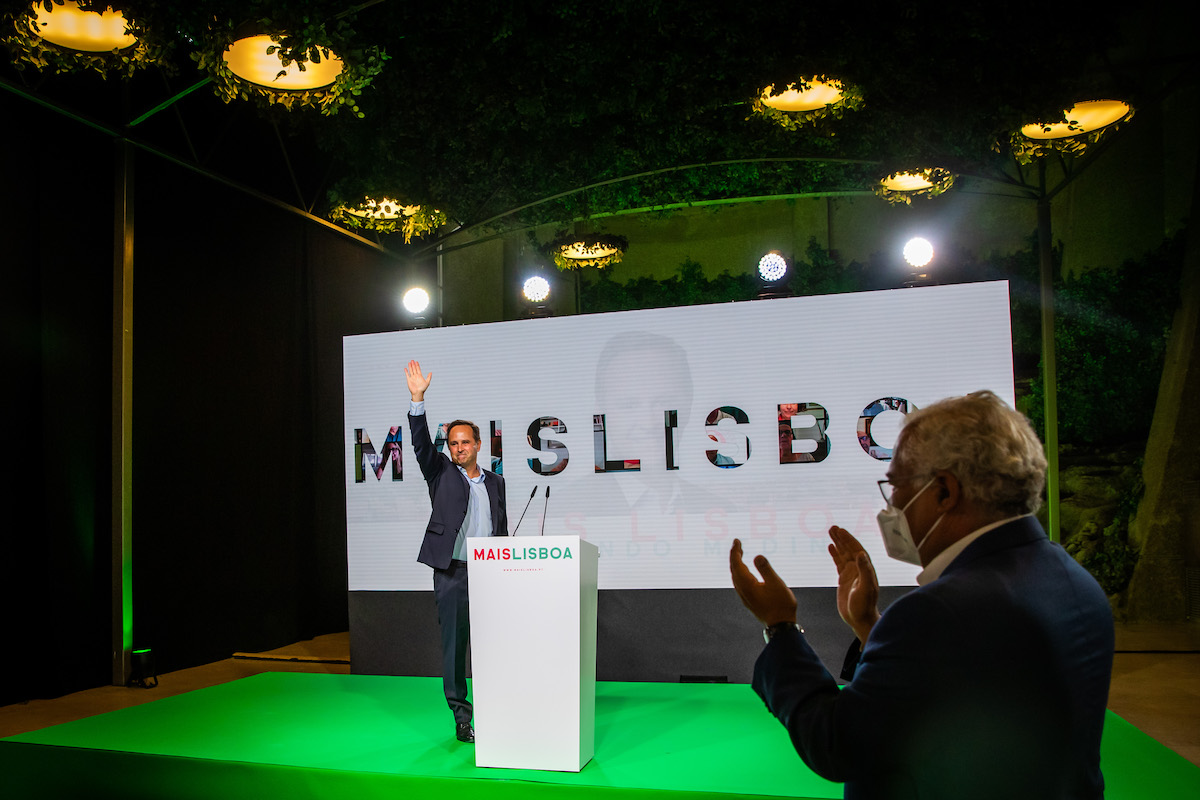 The secretary general of the Socialist Party (PS), António Costa (D), applauds Fernando Medina (E), after the announcement of his re-candidacy to Lisbon City Council.

The PS candidate for the Lisbon Chamber, Fernando Medina, pledged today to make day care centers free, a measure that aims to encourage the birth rate and the settling of young people in the city.

“I want to announce here that the progressive reduction in the amounts paid by families with day care centers will be part of our electoral commitment, with a view to ensure that they will become free until the end of their term of office. for young middle-class families residing in Lisbon”, highlighted the also mayor of Lisbon, at Estufa Fria, in the presentation of his re-candidacy to the Lisbon municipality, under the motto “Mais Lisboa”.

“This will be the most important policy to support the income of young families, a powerful incentive for births and the settling of young people in Lisbon”, defended the candidate.

Medina submitted his application with the presence of António Costa. The prime minister took the opportunity to launch a barb for the PSD, saying that “unlike other candidacies, this is not a candidacy for the preservation of the PS leader by an intermediary”.

Cited by the Observer, Costa guarantees that “in the last seven years the city of Lisbon has changed for the better” and that “the work in the coming years will be very demanding”, warning that it is necessary that the city “does not return to the stagnation it was in before 2007”.

In the final part of his speech to praise Fernando Medina, the PS secretary general returned to the charge, saying that Lisbon “cannot be a space for adventures”.

“It cannot simply be a space for affirming the accounting of party games. The city is a great value that the country has”, he argued.

During his speech, Fernando Medina stressed that the country is facing a fourth wave of the covid-19 pandemic, promising that the municipality will continue to helping the most needy, the economy and employment, to promote mass testing, as well as to support the acceleration of vaccination against covid-19.

“If there is a lesson from this period of pandemic, it is that we must continue with even more determination, more speed and more depth the Lisbon Capital Green agenda, the Healthy Lisbon agenda, the Solidarity Lisbon agenda”, he stressed.

Fernando Medina has been the mayor of Lisbon City Council since 2015, having succeeded António Costa, currently Prime Minister. In 2017, he won the municipal elections in the capital.

The Lisbon executive is currently made up of eight elected by the PS (including Citizens for Lisbon and Lisbon é Muita Gente), one by BE, four by CDS-PP, two by PSD and two by CDU.

For the race for the presidency of the municipality, the candidacies of Fernando Medina (PS) have been announced so far. Carlos Coins (PSD/CDS-PP/PPM/MPT/Alliance coalition), João Ferreira (CDU), Bruno Horta Soares (THE), Nuno Graciano (He arrives), Beatriz Gomes Dias (BE), Manuela gonzaga (PAN), Rui Tavares (Free) and Tiago Matos Gomes (Volt).