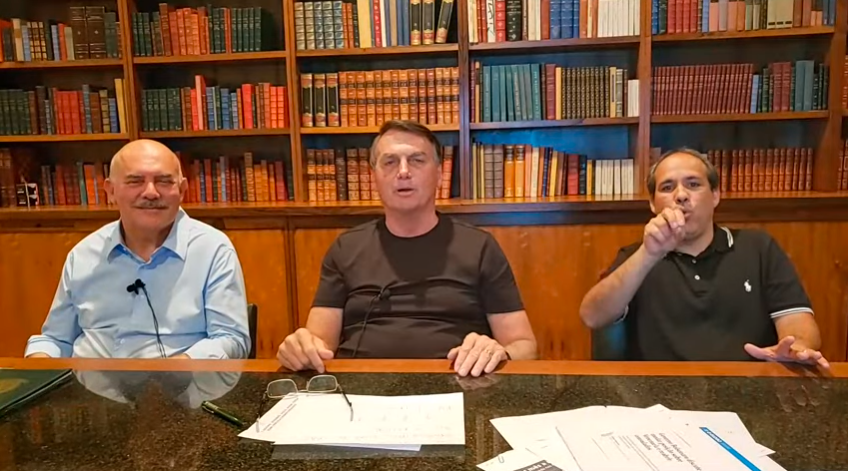 On live, the president gave the statement hours after the army filed an investigation against the former health minister; Chief Executive reiterated that ‘there is punishment in the Armed Forces’

Image: Reproduction/Young PanDuring a live broadcast on social networks, President Jair Bolsonaro (no party) stated on Thursday, 3, that there is disciplinary punishment in the Armed Forces

During live broadcast on social media, the president Jair Bolsonaro (no party) stated this Thursday, 3, that there is disciplinary punishment in the Armed Forces and that no one interferes in the decision of the immediate chief. Despite the comment referring to the decision of the Army to file investigation against the general Eduardo Pazuello for participating in a political act, Bolsonaro did not mention the name of the former minister of Health. The minister of Education, Milton Ribeiro, was together with the Chief of Executive in the live. “The phrase ‘you can try to explain, but not justify yourself’ is a military maxim, but if the soldier does something wrong, he can explain and rectify himself because sometimes an accident or something else happens. Punishment exists in the Armed Forces. Nobody interferes, the decision is up to the soldier’s immediate leader or the unit commander. Discipline only exists because our disciplinary code is really quite strict,” he said.

To illustrate the situation, Bolsonaro recalled a disagreement he had with a soldier when he was still a lieutenant. The president said that, at that time, he received an order from a deputy commander to “put himself in the place of the one punishing” and to analyze whether the soldier’s transgression “proceeded with the strictness of the punishment that he had foreseen”. In addition, he analyzed that the opposition wants him to answer for each of the complaints filed against him. “It’s not because you’ve been accused of anything…I doubt anyone who says they’ve never been accused of anything. Sometimes the accusation proceeds, other times it doesn’t. The burden of proof is on the accuser”, continued the Chief Executive.