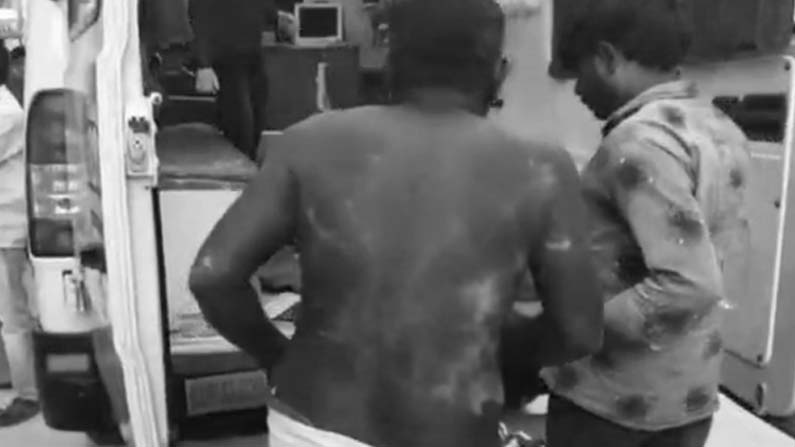 She poured boiling oil on her husband due to family quarrels. Burning hot oil, wife sprayed car on husband .. fled with her daughter.

Hot Oil attack : Atrocities erupted in the suburbs of Hyderabad. She poured boiling oil on her husband due to family quarrels. Burning hot oil, wife sprayed car on husband .. fled with her daughter. The incident took place at Jagadgirigutta. Police have registered a case in connection with the incident and are investigating.

Sadayya and Rajita, both from Husnabad, have been migrating to the city for some time and residing in Jagadgirigutta Deenabandu Colony. Sadayya makes a living by trading vegetables. Rajita, who had a quarrel with her husband last month, went to her mother’s house. She returned home just last week after being greeted by adults. Locals said the order was not to properly feed her husband.

If this is the case, Sadya, who went to business as usual on Tuesday, will have the house locked by noon. Neighbors mourned the disappearance of the wife and daughter. Tira noticed that the wife was at home. However, Sadaya went to his house from the next house as the gate did not open. This led to a confrontation between the two. In a similar vein, the enraged wife sprinkled hot oil and pepper on her silver husband. Silver then took the daughter and fled. Upon receiving information regarding the incident, the police rushed the injured to the hospital. Jagadgirigutta police have registered a case and are investigating the incident.