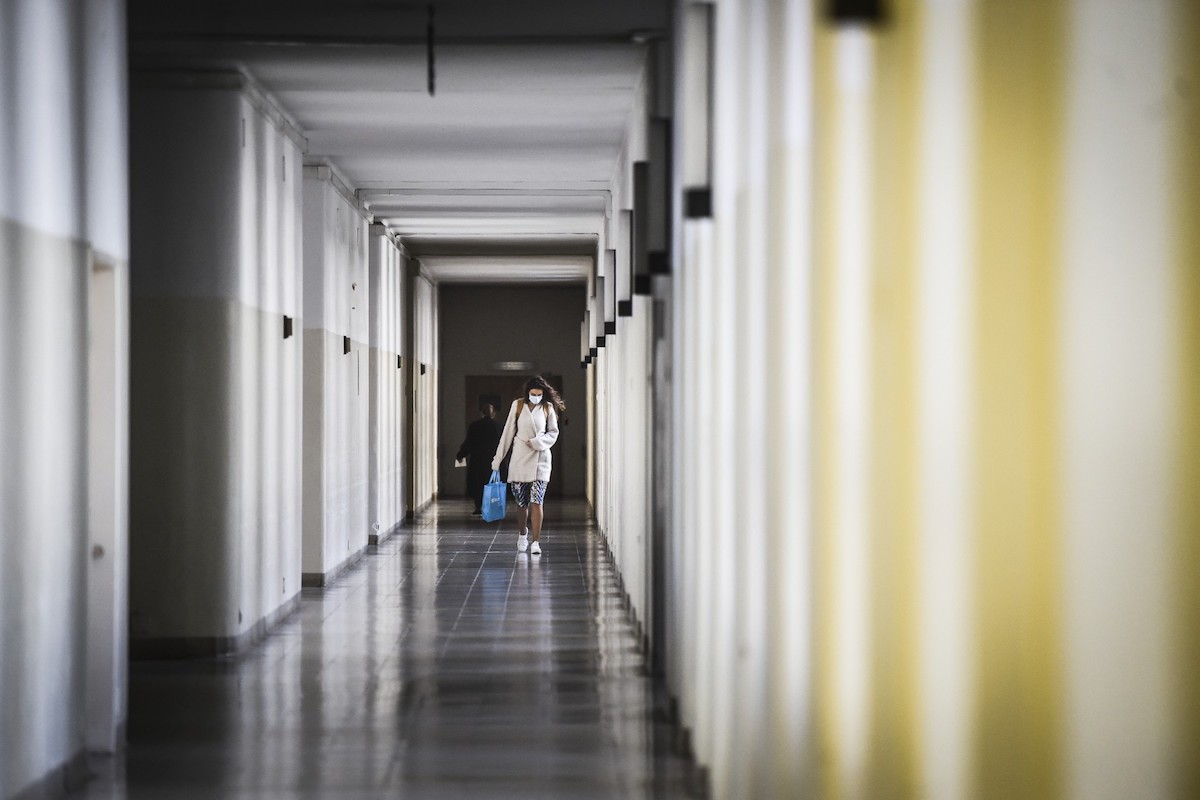 After the resignation of the clinical director of the Hospital de Setúbal, Nuno Fachada, last week, 87 directors of service and functional units of the hospital resigned en masse.

A total of 87 service directors and functional units from the Setúbal Hospital Center (CHS) resigned this Wednesday. These professionals are thus joined by Nuno Fachada, clinical director of the hospital, who resigned last week due to lack of working conditions.

The clinical director, Nuno Fachada, stated this Wednesday that the resignation is a “scream of revolt for the desperate and disruptive situation in various services” of that hospital.

“The resignation from the position of clinical director of Centro Hospitalar de Setúbal, and now from the rest of the clinical directors, service and department directors, unit and commission coordinators and even emergency team leaders, with a total of 87 signatures, is the the last wake-up call for the desperate situation that the Setúbal Hospital Center has reached, with the rupture of emergencies and in several of the hospital’s primary services”, he said.

“we are in rupture in emergency services, operating rooms, oncology, maternity, anesthesia, etc., etc., etc.”, added the director of the CHS, at a press conference held in the Setúbal delegation of the Ordem dos Médicos.

Accompanied by several outgoing service directors, by the president of the southern section of the Ordem dos Médicos, Alexandre Valentim Lourenço, the secretary general of the Independent Union of Physicians, Jorge Roque da Cunha, and the President Miguel Guimarães, Nuno Fachada guaranteed that the Hospital de Saint Bernard, as it stands, “it can no longer respond to its population”.

“It is time to fulfill what was promised. The Setúbal Hospital Center has to be reconverted to group D of hospitals, that is, no longer being financed as a simple district hospital and become a multidisciplinary unit“, he said.

Nuno Fachada argues that “it is necessary to create conditions for it to end once and for all with the escape of doctors and other professionals for the private sector and abroad, due to the lack of means and conditions of fixation [dos médicos]”.

On the other hand, he argued that “the CHS enlargement works, scheduled to start next year”, should serve to “promote and enhance the growth of the Hospital de São Bernardo” and that “can never serve to condense the rest of the hospital center, that is, to include the Hospital do Outão or the outpatient psychiatry unit”.

“It would be tragic to see the long-awaited works serve to aggravate the nightmare already existing”, said Nuno Fachada, making it clear that the planned expansion will not have the capacity to accommodate the Outão Orthopedic Hospital and the psychiatry outpatient service.

At the press conference, the president of the southern section of the Medical Association, Alexandre Valentim Loureiro, recalled the successive delays in the expansion of the Hospital de São Bernardo and in the requalification of the emergency service, which, over the last four years, have been successively postponed.

Alexandre Valentim Lourenço also highlighted the testimony of some service directors, who, at the same press conference, recalled that there are “two thousand cancer patients who have to be transferred to hospitals in the capital and that 50% capacity of the operating theaters not used because there are no anesthetists enough ”.

To solve the problems of the CHS and of the National Health Service (SNS), the Chairman of the Medical Association, Miguel Guimarães, defended the need for a different human resources policy”, giving as an example the flexibility and autonomy that hospitals have had in hiring health professionals during the pandemic.

The expansion of the CHS, which has been successively postponed, as well as the enhancement of medical careers and the review of the overtime policy, in which the staff doctors receive except for the overtime other measures referred to by the President as essential, not only in the CHS, which he said are the worst off, but in the entire NHS.

As for the hiring of ten specialist doctors for the CHS announced Monday by the Deputy Secretary of State and Health, António Lacerda Sales, the president recalled the testimony given shortly before by the director of the Obstetrics Gynecology Service, Pinto de Almeida, according to the what, this number I couldn’t even fill the picture doctor of that service.