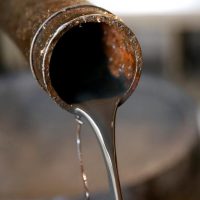 Oil prices rose today, Tuesday, to their highest levels in 3 years, to continue the gains made during the previous session, after the major oil producers in the world announced that they decided to maintain the ceiling on crude supplies.

The Organization of the Petroleum Exporting Countries and its allies said on Monday they would stick to an agreement to only gradually increase oil production, ignoring calls from the United States and India to boost production as the global economy recovers.

Oil prices have already risen by more than 50% this year, a rise that has added to the inflationary pressures that crude oil-consuming nations fear will derail a recovery from the pandemic.

A source told Reuters that despite pressures to increase production, “OPEC” is concerned that a fourth global wave of COVID-19 infections may harm the recovery in demand.

Russian Deputy Prime Minister Alexander Novak said after the talks that he believed the market was now balanced.

“We expect a gradual normalization in demand growth, and the recovery in supply will begin to affect oil prices, starting from the fourth quarter of this year,” said the consulting company, Capital Economics.

“This year, demand growth has outpaced supply, helping prices reach multi-year highs, but we expect these dynamics to reverse as OPEC production increases,” she added in a note.

Meanwhile, US crude oil and refinery inventories are likely to have fallen last week, according to a preliminary poll by Reuters.

On average, five analysts polled by Reuters estimated that crude stocks fell by 300,000 barrels in the past week to Oct. 1.

The article, oil prices are rising to their highest level in three years, was written in Al Borsa newspaper.