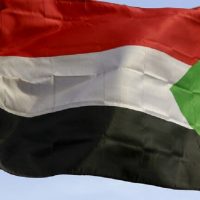 The Sudanese authorities said they had thwarted a coup attempt orchestrated by loyalists of the government of ousted President Omar al-Bashir.

Here is a look at the risks surrounding Sudan’s transition, which began after a popular uprising and Bashir’s ouster in April 2019, and is expected to continue until elections in early 2024.

Under an August 2019 agreement, the Sudanese military shares power with certain officials from civilian political groups.

Although the military role is intended to be largely ceremonial, civilians have repeatedly complained of military excesses with regard to foreign policy and peace negotiations.

One looming point of tension is the pursuit of justice over allegations that the Sudanese army and its allies have committed war crimes in the conflict in Darfur since 2003. The International Criminal Court is seeking to try al-Bashir and four other Sudanese suspects over the events in Darfur that occurred while senior military leaders were Existing ones serve there as well. The civilian cabinet agreed to hand over the suspects, but the civilian military sovereign council did not.

Another point is the investigation into the killing of pro-democracy protesters on June 3, 2019, in which military forces were involved. The delay in publishing the results of this investigation raises the ire of activists and civil groups.

Civilians have also lobbied for oversight and restructuring of the army, particularly during the integration of the powerful paramilitary Rapid Support Forces, something military leaders oppose.

The transition period is witnessing an increase in violence both in Darfur, in western Sudan, as well as in the east of the country.

Analysts attribute this in large part to the peace process that led to an agreement signed by the transitional authorities with some political and armed factions in October 2020.

Although the agreement is hailed by many as a first step in addressing long-running internal conflicts, various groups and tribes complain of their exclusion while others vie for power, territory and nominations for official appointments.

Civilian politicians have repeatedly pointed out that former regime loyalists have a hand in fomenting ethnic tension, accusing the military of failing to contain the unrest and even of backing it in an attempt to destabilize the government, a charge military leaders reject.

The transitional government implemented harsh and rapid reforms under the supervision of the International Monetary Fund in an attempt that succeeded in attracting foreign financing and debt relief.

Following the reforms, inflation rose to record levels of more than 400 percent. Most Sudanese complain of the difficulty of managing their affairs with the lack of government support.

Protests over economic conditions erupt from time to time. Some residents attribute this to what they say is a rise in crime rates in the capital, Khartoum.

Sudan is located in a turbulent region bordered by the Red Sea, the coast, and the Horn of Africa.

A number of Sudan’s neighbors, such as Ethiopia, Chad and South Sudan, have been affected by political turmoil and conflict.

Sudan’s relationship with Ethiopia has been particularly tense during the past months.

Sudan pays with Egypt In order to reach a binding agreement on the operation of the Grand Renaissance Dam that Ethiopia is building near the Sudanese border.

Talks over the dam have stalled, but Ethiopia has begun filling the reservoir behind it, which Sudan says could put its citizens, dams and water facilities at risk.

Since late last year, conflict in Ethiopia’s Tigray region has driven tens of thousands of refugees into eastern Sudan, causing military tension in disputed farmlands along the border.

The article, risks facing the transitional phase in Sudan, was written in Al Borsa newspaper.