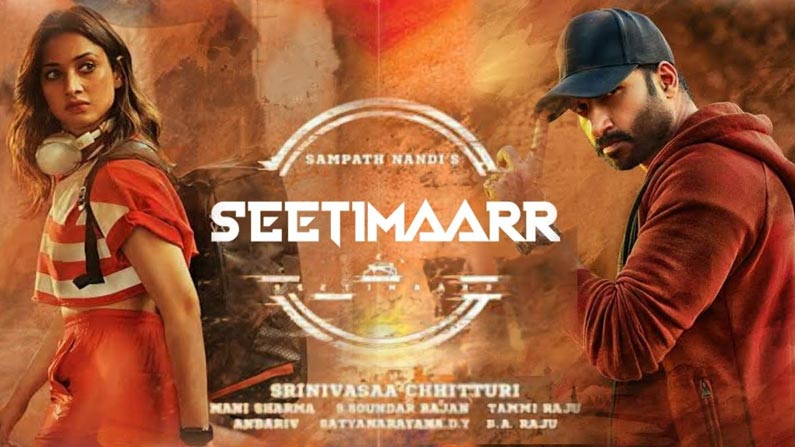 Gopichand’s movie ‘Citi Mar’, which was halted due to lockdown, is now shooting fast. Long after the movie ‘Gautam Nanda’ ..

Seetimaarr Movie: Gopichand’s movie ‘Citi Mar’, which was halted due to lockdown, is now shooting fast. Sampath Nandi, the director who took a long gap after ‘Gautam Nanda’, is now shooting for ‘Citimar’. Milky Beauty Tamanna is paired with Gopichand in this movie .. Digangana Suryavanshi is acting as the heroine. Role plays an important role. In this movie, Gopichand and Tamanna appear as kabaddi coaches and impress everyone. The film is currently in the final stages of shooting.

The shooting is currently taking place in the Jaisalmer desert in Rajasthan. Sampath Nande himself posted the video of the shoot on social media. In this video Gopichand is going at speed on a bike. Sampath Nandi writes that along with this video, key scenes related to the film have been shot. Presented by Pawan Kumar, the film is being produced by Srinivasa Chittoori under the banner of Silver Screen. Manisharma is providing the music. The film is set to release on April 2.

Uppena Movie: Censored ‘Uppena’ .. A beautiful love poem that will entertain for 2 hours ..