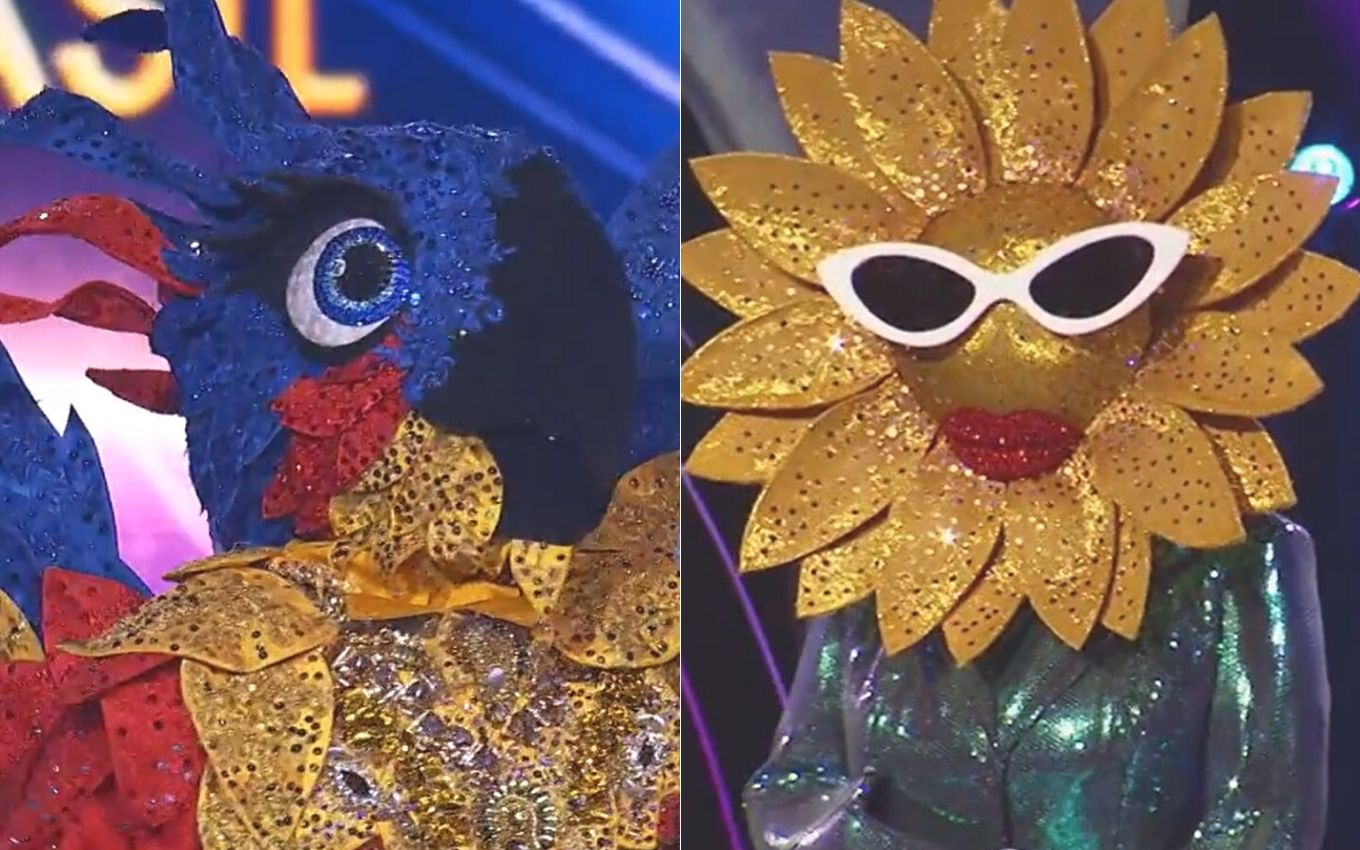 With the final scheduled for October 5, The Masked Singer Brasil enters the final stretch this Tuesday (21), but the mystery about the identity of the participants still remains. Six of the seven candidates still present in the competition will present themselves in search of semifinal spots; the Monster is the only one that is already assured of its place in the next phase.

Macaw, Astronaut, Mirrored Cat, Sunflower, Alligator and Unicorn will have to face each other in battles not to be unmasked at the end of tonight’s program.

In previous weeks, Marcelinho Carioca was revealed as the Coconut tree, Sidney Magal came out of a giant hot dog and Renata Ceribelli was in the costume of a Brigadeiro. The countryman Marrone performed as Boi-Bumbá, while Alexandre Borges sang as a Jaguar.

Despite the expectation of knowing who is who among the remaining ones, the hints that were given at this point in the game have already served to indicate the identity of the costumed singers. See the list of guesses below:

With Arara’s tips at The Masked Singer Brasil, the name of an actress from Império entered the public’s radar. The clues point to Chris Vianna, who has already made a career as an international model. On the August 24th episode, the bird gave some information about his real name.

“No one calls me by my first name, and the saints adore my last name.” Cris Vianna is the stage name of the actress, who in her documents was registered as Kelly Cristina dos Santos.

The Macaw honored our dear judge @Simone_SeS and sang “Loka” delivering EVERYTHING! 🦜 #TheMaskedSingerBRpic.twitter.com/XlTn6W9Gt4

James Abravanel, who was recently at the Super Dança dos Famosos, seems to have accepted another invitation from Globo. Although some believe that the Astronaut is Sérgio Loroza, the clues lead to the name of Silvio Santos’ grandson. He is passionate about risotto, has already put “the guys to jump” in shows and musicals that he presented and loves a more colorful world.

Another tip from the first presentation also helps to solve the mystery. The costumed one said that inside, he was once an animal. In 2016, Tiago played the role of Snoopy, a dog, in the musical My Friend, Charlie Brown.

It’s such a cute little thing, this Astronaut, right? You are worth gold, you beautiful! 🚀 #TheMaskedSingerBRpic.twitter.com/mJsiWB1gtf

One of the characters that caused the most confusion in the public in the first weeks, the Mirrored Cat indicates to Lexa. Despite some very generic clues, such as “when I was a child, I used to perform singing and dancing for my whole family” and “that things weren’t easy at first”, the tips match with interviews given before by the artist.

“I am grateful to the other extraordinary cats who made way for me to pass,” Cat said in one of the weeks. Lexa was launched on the market due to an investment by businesswoman Kamilla Fialho, who in 2014 got into a legal fight against Anitta, her former agent, and decided to launch a new artist capable of dethroning the powerful one.

Kitty, even if you take a while I’ll look for you, okay? 🐱 Because, look, what a beautiful presentation! Honoring Fat Family! #TheMaskedSingerBRpic.twitter.com/sxvgLbXJA5

This is one of the most obvious costumes on the show. With the tips already presented, Simone Mendes managed to unravel the mystery about the identity of Girassol. In addition to having a remarkable voice, the participant in the reality show led by Ivete Sangalo participated in the Show dos Famosos and was already an actress in Globo productions: it’s about Sandra de Sa.

The friend killed the riddle in the first episode of the reality, after discovering that Girassol is disciplined and can’t see anything messed up. Throughout the competition, the hunch was reinforced with information about flower manias, such as the taste for odd numbers.

How much did I get goosebumps with Girassol’s performance? I miss putting the block on the street, ok? 🥺🌻✨ #TheMaskedSingerBRpic.twitter.com/nbnXbCoexU

Fafy Siqueira, who has competed on Popstar, was named the Alligator by The Masked Singer. However, the voice and clues indicate that the costume is Mart’nalia. Recognized for her taste for the bohemian life, the character said that the only thing that takes her out of her mind is a hot drink. “I become an animal,” he said.

Another clue was: “I attended a big music festival.” The samba dancer has more than 20 years of career and has performed at events such as Rock in Rio. In the last episode, Jacaré said that he has “fixed a lot of cars out there”: Martinho da Vila’s daughter has already played mechanic Tamanco at Pé na Cova series (2013-2016).

In its first performance, Monster stated that he was intimate with the stage and that he was taken to the theater by his parents since he was little. This and other tips led to the name of Nicolas Prattes, who is the son of actress Giselle Prattes. He made his television debut at the age of two, in the soap opera Terra Nostra (2000), playing Francesquinho. At age 15, he participated in the play Rei Leão 2 – The Cycle of Life Continues.

In addition, the character who has sung songs by Justin Timberlake and Sandy & Junior revealed that he has already won an international award. In the absence of one, Prattes has two under his belt: best actor at the Montreal Independent Film Festival, with the short film Flush (2019) and best actor at the Los Angeles Brazilian Film Festival with The Secret of David (2018).

This time, without breaking the studio or opening ladies’ eyebrows, Little Monster SHOWN (kkkkk) that he is a great singer too! 👾 #TheMaskedSingerBRpic.twitter.com/t5uBYMm0g7

Champion of the first episode of The Masked Singer Brasil, Unicórnio was quickly discovered by those who follow the program. In addition to the voice, the choice of repertoire and the obvious tips helped to discover that the costumed is Priscilla Alcantara. Former presenter of Bom Dia & Cia, she “grew” in the eyes of the public, which leads to one of the clues.

As soon as Unicórnio entered the stage, Globo exhibited in the character’s caption an information that her favorite flower is the peony. Priscilla has a tattoo on the back of a vase of peonies. Also, one of the tips was “I don’t have children, but I’m a mother of a pet. Girl”. Menina is the name of the dog, of the golden retriever breed, who stars in several videos of the artist on TikTok.

Unicorn putting Beyoncé to samba with this version of “Single Ladies”. That Brazilian touch that we love! 🦄 #TheMaskedSingerBRpic.twitter.com/YU6hZLOaIY