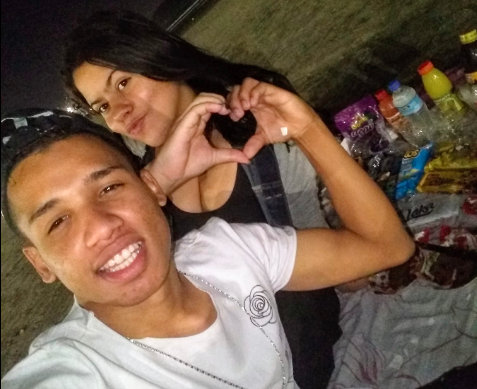 Cause of death has not yet been discovered; on social media, the victim’s husband paid tribute: ‘When we made peace, we came back stronger and more intense, as on our last night’

Image: Reproduction / Facebook Christian FigueiredoThis month, the couple moved in together to take care of their newborn daughter

The young Vitória Costa de Castro, 18 years old, died in the early hours of Thursday, 18, after passing out during a sexual relationship with her husband, 19 years old. The man reported to the police that, after the first intercourse, he would have gone to bathe and called for the young woman. In a second sex in the shower of the residence, located in São Vicente, in the Sao Paulo coast, Vitória would have given a sigh and passed out. Asking for help, the husband called his father-in-law, who quickly went to the couple. Arriving at the scene, the victim’s father called the Military Police (PM) it’s the Mobile Emergency Care Service (Samu), but Vitória was already lifeless.

The ransom attested death, but not its cause. According to the police, the victim had no marks of aggression. The student had been a mother recently, the baby is only two months old. Vitória did not smoke, drink or use drugs, according to her father’s testimony to Civil police. The São Vicente Headquarters Police Station registered the death as a suspect and sent the investigation of the case to the 2nd DP of the municipality. On social media, Christian Figueiredo, her husband, published a tribute to the young woman. “Love, I have no words to express what I am feeling. The plug has not yet dropped, it has been an intense year and five months at your side. Five months ago I asked you to be engaged, and when you accepted, I was so happy. You got pregnant, our little princess was born and we decided to live together this past month. The longing hits hard and I no longer know what it is like to live without you, without your affection, your embrace and our fights. When we made peace, we came back stronger and more intense, as was our last night. I will always love you, my little white girl ”, she wrote in the caption of the post.