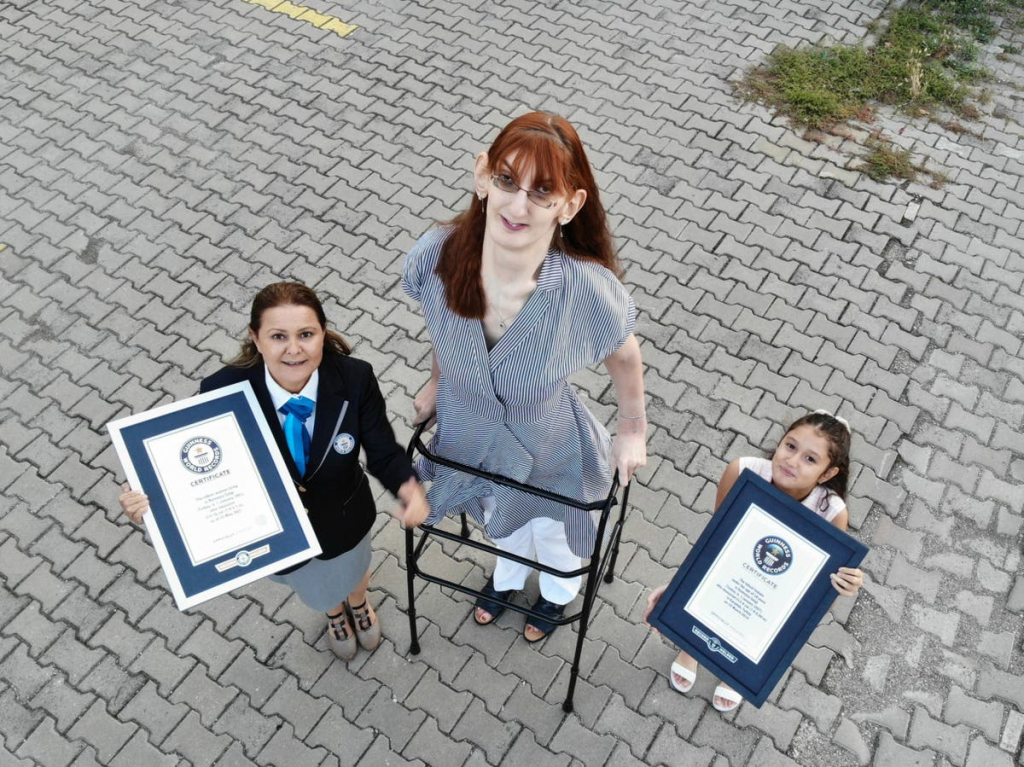 Rumeysa Gelgi, 24, has a rare health condition and has been included in Guinness again

Rumeysa Gelgi, 24, a 2.10 meter female from Karabuk province in Turkey, joined the Guinness World Records as the tallest woman alive in the world. According to her, her height is 2.15 meters and is the result of a rare condition called Weaver syndrome, which causes accelerated growth. “Each disadvantage can be turned into an advantage for you, so accept yourself as you are. Be aware of your potential and do your best,” Gelgi said in an interview. She already has her name on Book of records. In 2014 she received the title of Tallest Alive Teen. Due to his rare condition, Gelgi needs a wheelchair to get around and sometimes walks with a walker. Guinness Editor-in-Chief Craig Glenday commented on the young woman. “His indomitable spirit and pride in standing out in the crowd is an inspiration,” he commented. In the men’s category, Sultan Kosen is the tallest man in the world at 2.51 meters, elected in 2018. He is also from Turkey.