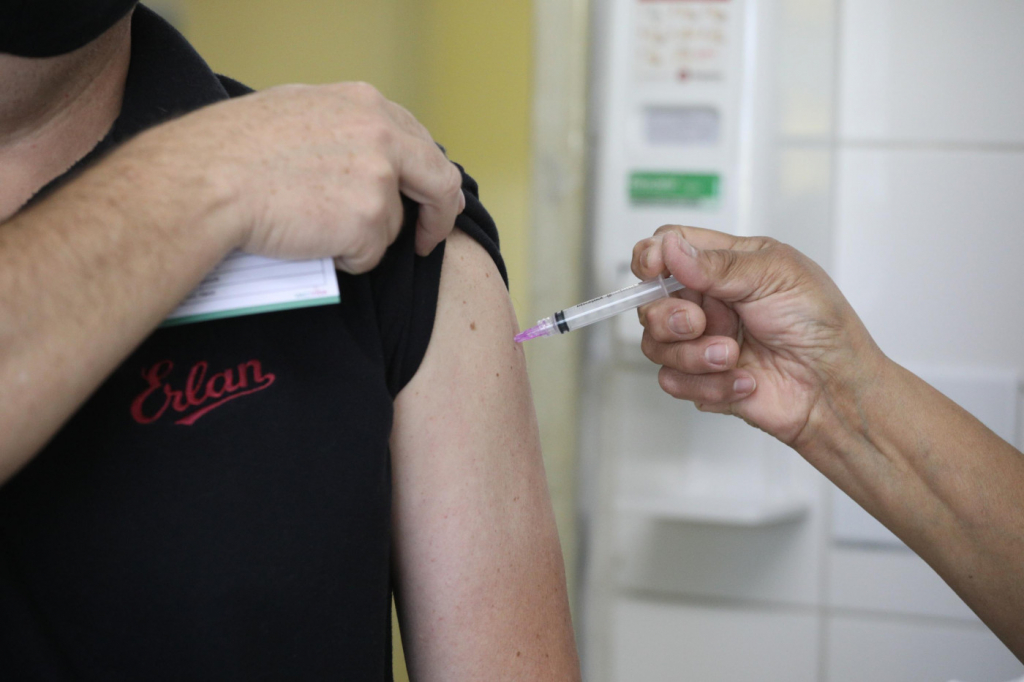 Index corresponds to 18.7 million applications; of the total number of people over 18 in the state, 18% have already completed the vaccination schedule

the governor of Sao Paulo, João Doria (PSDB), stated at a press conference at Palácio dos Bandeirantes, that 53% of the population over 18 in the state has already received the first application of the vaccine against the Covid-19. The index corresponds to the application of 18.7 million doses. Of the total number of adults in São Paulo, 18% have already completed the vaccination schedule. There were 6.3 million second doses administered in the state. On Wednesday, the occupancy rate of ICU beds is 74.8% in the State and 68.9% in Greater São Paulo. According to the Secretary of Health of the State of São Paulo, Jean Gorinchteyn, it is the first time in three months that the bed occupancy rate in the state is less than 75%. The last time was on March 1st. As for the number of hospitalized patients, 9,778 are in the ICU and 10,419 are in the ward — among confirmed and suspected cases. “The falls, up to last week and the week before, were expressed in the reduction of hospitalization in the Intensive Care Unit. According to the government, a drop in hospitalization of people over the age of 6 was observed. What we started to observe is the concomitant drop in ICU and infirmary admissions”, pointed out Gorinchteyn. The decrease in the number of Covid-19 cases, compared to the previous epidemiological week, was 7.1%. Regarding hospitalizations, the drop was 8.9%. Of deaths, 2.9%. In nine weeks, it is the first time that all three indices have retreated. The State of São Paulo accounts for 3,737,348 cases and 127,681 deaths from the disease.