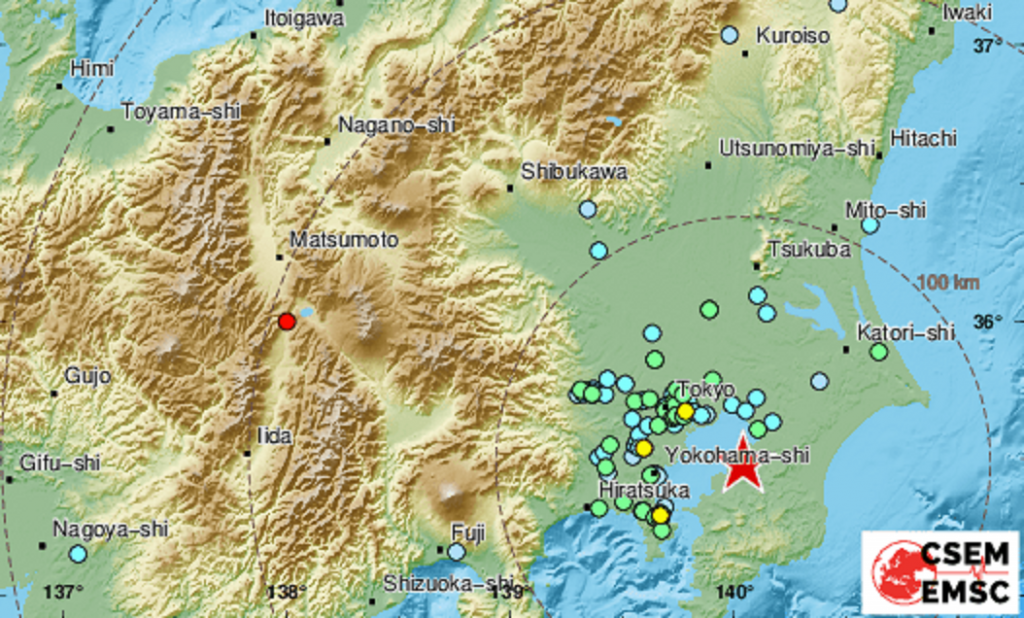 Earthquake occurred at a depth of 80 kilometers and was recorded in Chiba Province, in the Pacific region, without leaving any dead

One earthquake of 6.1 degrees on the Richter scale was recorded this Thursday, 7 in the Japan. According to the country’s Meteorological Agency, the earthquake occurred at a depth of 80 kilometers and had as its epicenter the province of Chiba, in the Pacific, but was felt in the city of Tokyo and Saitama at 22:41 (10:41 GMT) with five magnitude points. The earthquake did not trigger a tsunami alert nor did it cause any extensive material damage reported to date. In a common prevention action after earthquakes, the bullet train service and the railways in the region were stopped for evaluation.