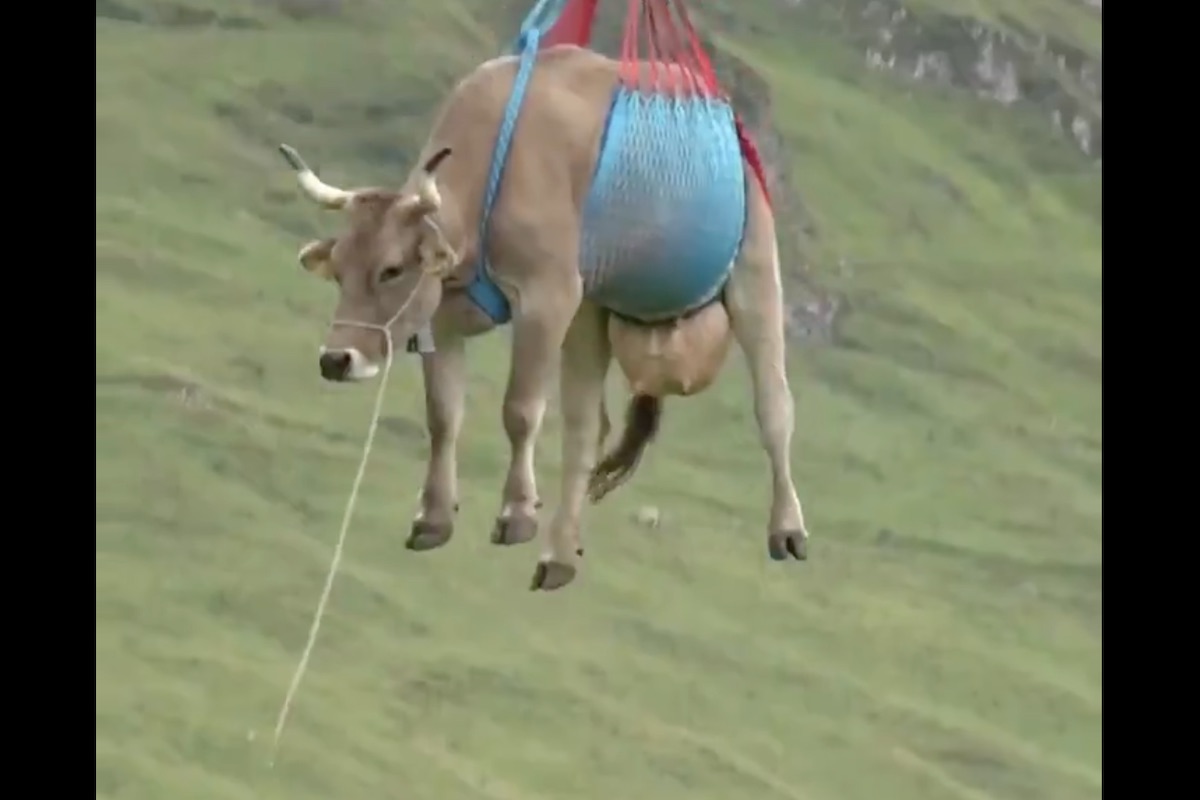 Injured cows were transported by helicopter in the Swiss Alps

Several injured cows were transported by helicopter to cross the mountains of the Klausenpass region of Switzerland.

Last Friday, a dozen injured cows took a special ride: they were transported by helicopter to the village of Urnerboden, where they will participate in the traditional annual parade.

Transport was made using a cable with a mesh harness, where the animals were suspended, about 1950 meters above sea level.

Cows injured during their summer sojourn in the high Swiss Alpine meadows have received airlifts down the mountain.

Farmers, who were waiting on land, used rope to help the cows land safely, writes the Observer.

“One reason for helicopter transport is that you can’t reach some pastures by car, and the other is that some cows are injured, so they don’t have to go all the way down”, said farmer Jonas Arnold, quoted by Sky News.

“It was just a short, calm flight. I didn’t notice any difference between those who flew and those who walked normally”, he concluded.

According to Reuters, the rest of the herd—about a thousand animals—began descending this weekend to the Urnerboden area in the central canton of Uri, in order to parade in the annual cattle procession.