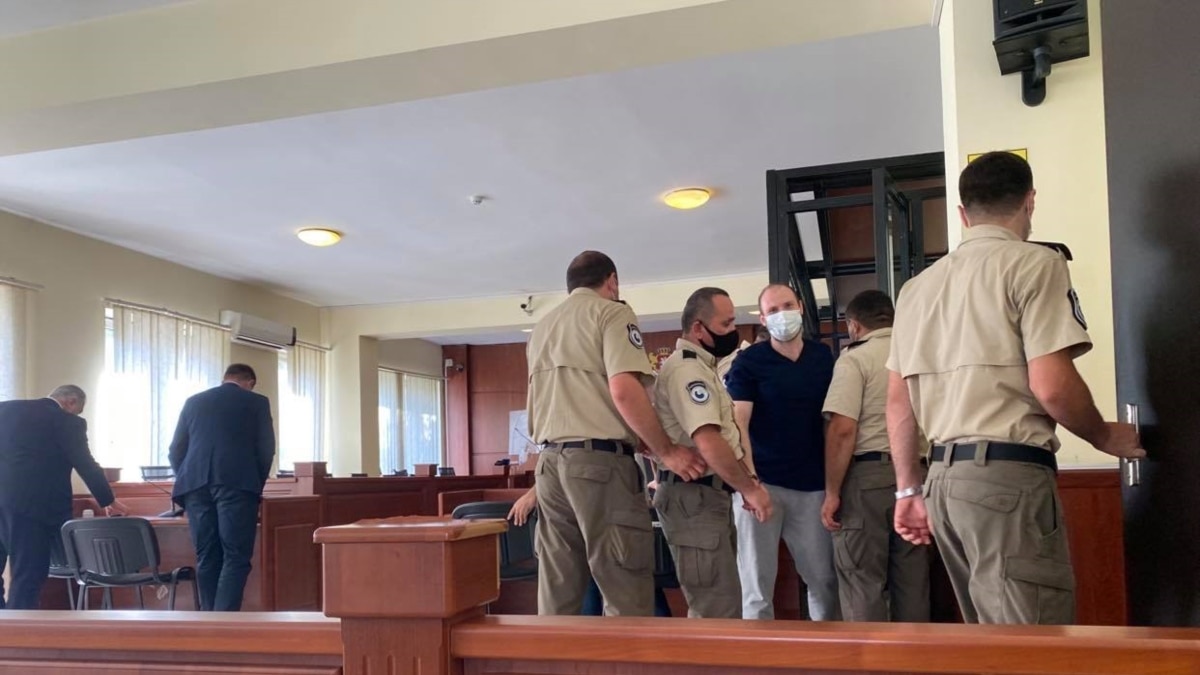 Batumi City Court Judge Davit Mamiseishvili told the defendants that they were not allowed to enter Georgian territorial waters:

Judge Davit Mamiseishvili noted that neither the investigation nor the court knew the purpose of the defendants as to why they entered Georgian territorial waters in November last year on a sailing vessel.

According to the investigation, Georgian citizen Yuri Baturin, Ukrainian citizens Yuri Khomich and Vladimir Diachenko entered the territorial waters of Georgia on November 28, 2020 by ship from the Republic of Turkey. They stopped in the sight of Batumi, when the Coast Guard police noticed them and checked their identities. The ship’s crew did not leave the connection and headed back to Turkish territorial waters, at which time they were arrested.

Judge Davit Mamiseishvili explained that the area where the sailors were staying was not used for free movement:

“Since 12 miles of our territory go to the occupied territories, and then to the Russian Federation, this territory is not used for free passage to the Russian Federation. The court ruled that the accused Mikheil Baturin should be found guilty under Article 344, Part 2, Subparagraph A of the Criminal Code of Georgia and sentenced to 4 years of imprisonment. “– Judge Davit Mamiseishvili said while explaining the verdict

Two Ukrainian sailors were also sentenced to four years in prison under the same article. This decision of the judge was left by the defense in a noisy protest. Attorney Beka Basilia asked the judge to name a specific law record, which he was guided by in making his decision, and the judge urged him to leave the courtroom.

Lawyer Beka Basilaia told journalists outside the court that the decision of the Batumi City Court will definitely be appealed in the Court of Appeals. According to him, the judge made a political decision ordered by the government, as neither the prosecutor’s office nor the judge substantiated which rule of law was violated by Ukrainian sailors when entering Georgian waters by ship:

“Neither the decree on the rules and regime of border protection nor the decree on the approval of the rules of navigation provide for the obligation of prior notice during the peaceful passage. Does not provide. The point! We asked the judge to indicate a specific legal act, and in response he expelled us from the court. The arrest of the accused was a political act. “The reason for the initial arrest was the panic fear of the Georgian authorities that Mikheil Saakashvili would not come to Georgia.”

Lawyer Beka Basilaia says that he presented to the court the purpose and motive of the sailors entering the territorial waters of Georgia:

“The vessel from the Turkish port was moving with the right of free movement to the north towards one of the Russian ports, but since there were two citizens of Ukraine and one citizen of Georgia on board, and Russia is a hostile state for both countries, they decided not to risk it. “Despite the fact that both Georgian and Russian, including international law, had full right to enter the Russian port, they decided to return.” Said Beka Basilaia.

However, the representative of the Prosecutor’s Office said today that they could not hear the motive of any of the detainees why they entered the territorial waters of Georgia without notification. Prosecutor Vladimer Turmanidze stated that he has the obligation to give prior notice to all vessels under Georgian law when he approaches the shore at some distance:

“12 nautical miles, this is already the maritime sovereignty of the state. Accordingly, the entry and navigation of vessels is prohibited, as the Law on Maritime Space and the State Border stipulates that crew members must notify and provide prior information to the State Border Police. However, we can not get out of a specific law in this case, because we have a complex crime in the face. The laws I have listed, as well as the Maritime Law Convention and Government Resolutions 78 and 380, have been violated. “ – said the prosecutor Vladimer Turmanidze.