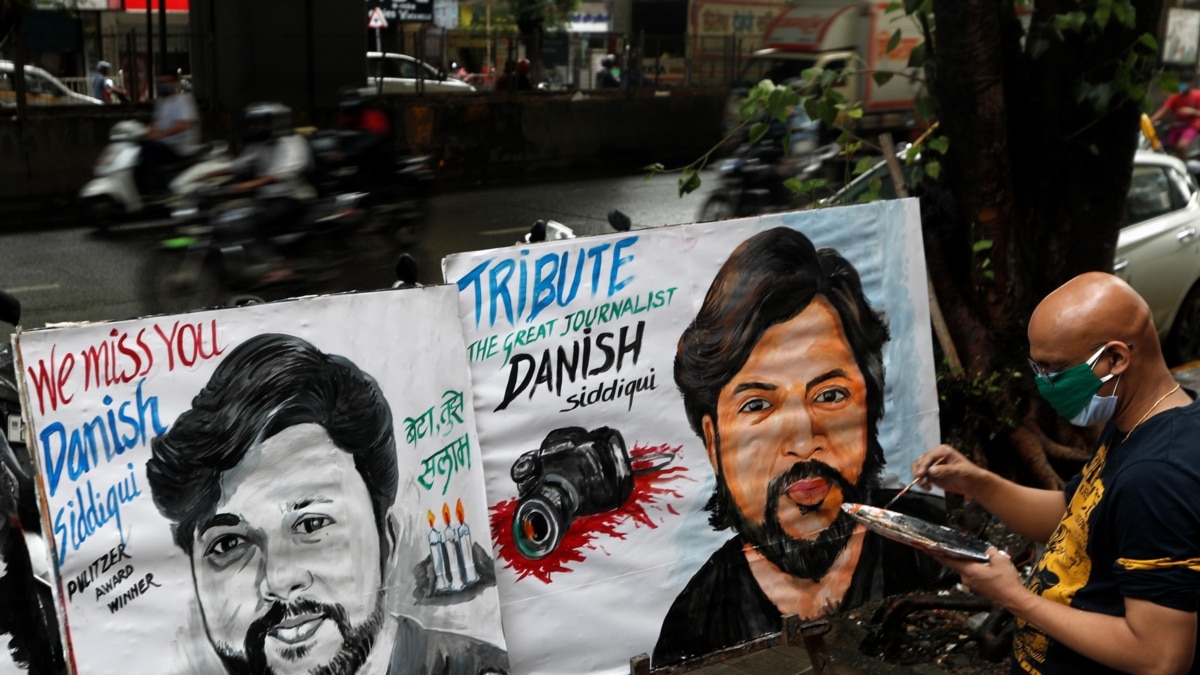 A Reuters journalist has been killed in Afghanistan. According to reports at the time, Denis Siddiq was killed while covering a clash between Afghan government forces and the Taliban. Clashes were taking place at the Spin Boldak military base, which was occupied by the Taliban a few days ago.

Siddiq was working in the surrounding area and was with an Afghan special forces unit when a Taliban journalist and one of Afghanistan’s top military officials were killed.

A Reuters journalist arrived in Afghanistan earlier in the week to cover the incident, and he was working in Kandahar, a province in southern Afghanistan. This area is now the main target of the Taliban.

“We are urgently seeking additional information and are cooperating with the government,” said Michael Friedenberg, president of Reuters. Alessandra Gallon, the organization’s editor-in-chief, says Siddique was a good person and a journalist.

“He was an outstanding journalist. Faithful husband and father, very good colleague. “Now we stand with his family at this difficult time.”

According to the available information, a Reuters journalist was injured in the shoulder a few days ago and he was in the hospital. The injury was not severe, which is why he left the hospital soon after, and after the Taliban retreated during the clashes, he covered the situation on the ground and talked to the farmers. While preparing the report, the Taliban resumed the clash and he was killed at the scene of the attack.

Sadiq was part of the Reuters team of photographers who received the Pulitzer Prize in 2018. They were awarded the highest award in journalism for documenting the Myanmar refugee crisis and covering the genocide of the Rohingya minority.

Dennis Sadik has worked for Reuters since 2010. He covered the wars in Afghanistan and Iraq. As well as the Rohingya refugee crisis in Myanmar, protests in Hong Kong and earthquakes in Nepal.

The situation in Afghanistan has worsened in recent months since the US military decided to leave the country. President Joe Biden has decided that the 20-year war is over and that the US military will return to its homeland in full by August 31.